Adam Cairns/Columbus Dispatch via Imagn Content Services, LLC Will the Nittany Lions have enough to upset the Buckeyes in Columbus? Quick 2020.. 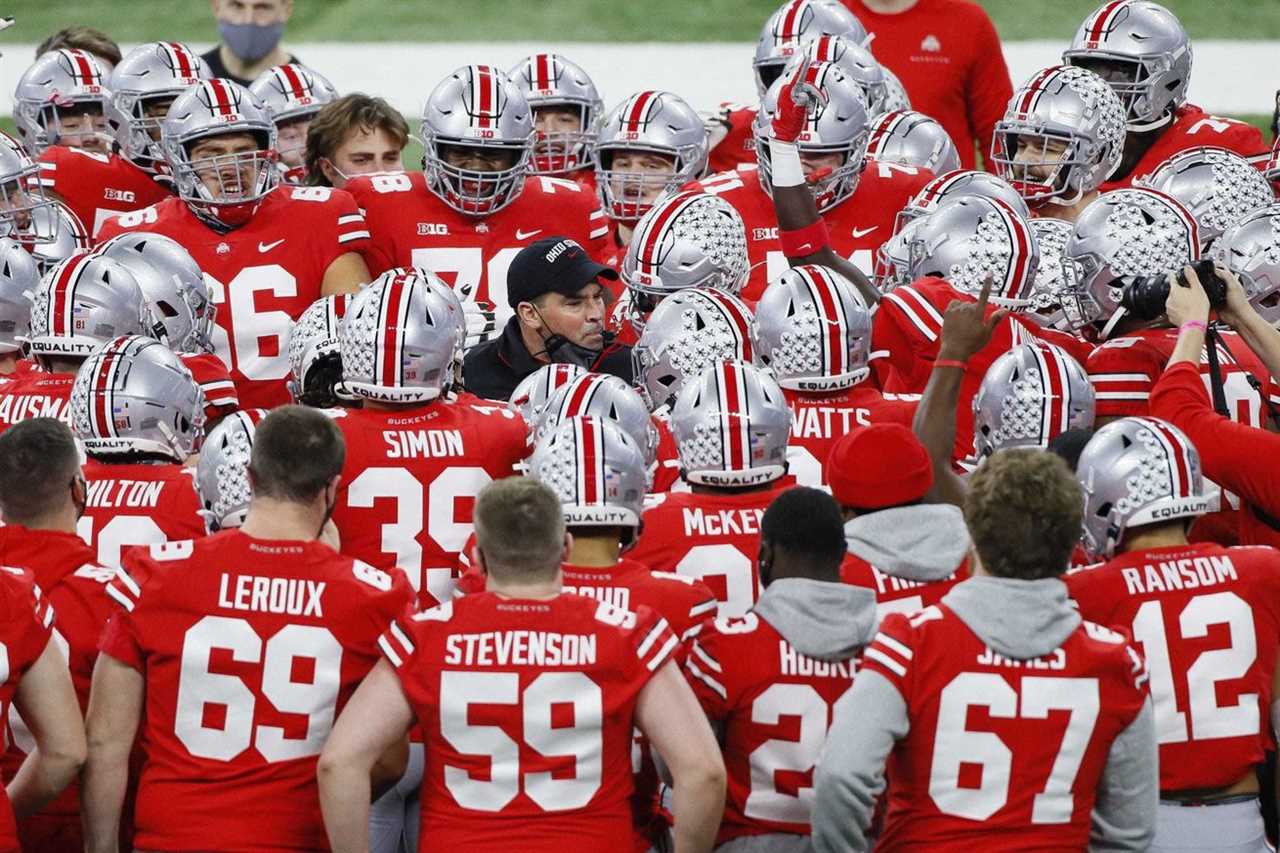 Will the Nittany Lions have enough to upset the Buckeyes in Columbus?

The 2020 season was eventful for the Ohio State Buckeyes. There was no doubt they were the best team in the Big Ten, going 5-0 in the regular season but did not meet the requirements to make the Big Ten Championship of playing at least six games. A little bit of working the rules later, the Buckeyes found themselves in Indianapolis against Northwestern. The Wildcats gave Ohio State all they could, but the Buckeyes talent would win in the end, capturing their 39th Big Ten title with a 22-10 win. They would make the College Football Playoffs as the No. 3 seed and dominated Clemson in the semifinals 49-28, claiming their first College Football Playoffs victory since their National Championship in the inaugural playoffs in 2014. In the National Championship, however, they stood no chance as Alabama took the Buckeyes to the woodshed with a 52-24 victory as the Crimson Tide rolled to another national title s

Olave was one of the country’s true elite wide receivers last season and in 2021 he’ll look to make the argument as the country’s top wide out. The California-native last season recorded 50 receptions for 729 yards and seven touchdowns including a seven-reception, 120-yards, and two touchdown day against Penn State last season. It won’t matter who Ohio State’s quarterback is, as long as they throw it in Olave’s direction he’s going to come down with an overwhelming majority of them.

A former five-star recruit, at one point it seemed that Harrison could be destined for Happy Valley. But in classic Penn State fashion, he instead ended up in Columbus. The Buckeyes proximity to Harrison’s home seem to win out in the end. That being said, Harrison has shown flashes over his first two seasons, recording 10 tackles for a loss and 5.5 sacks. Now, he returns with a year of starting experience under his belt and as one of the veterans on the defensive line. He has all the physical traits to be completely dominant and it seems highly likely he’ll have a huge season for the Buckeyes in 2021.

The biggest changes for Ohio State all comes from a player personnel standpoint. The Buckeyes had 10 players selected in this year’s NFL Draft, including quarterback Justin Fields. For most programs that would be hard to overcome, but for Ohio State it’s a normal year. The biggest question for the Buckeyes is who will take over at quarterback. Will it be one of the sophomores in CJ Stroud or Jack Miller? Or will it be true freshman Kyle McCord, Pennsylvania’s top prospect in the 2021 recruiting cycle. Ultimately, it feels as long as Ohio State gets average quarterback play, they’ll be just fine.

The Nittany Lions play a perfect game. This game will likely be close for the most part but for the last four years, Penn State simply has made too many mistakes to hold on to leads or to keep up with the Buckeyes down the stretch. Ohio State has the talent advantage and the coaching advantage, and in 2021, the home field advantage. Beating the Buckeyes anywhere is tough enough, doing so in Columbus is even harder.

They play a clean game and don’t commit too many mistakes. If the Buckeyes can limit their penalties and turnovers, they’ll likely win this one. Though it will be interesting to see how a first-year starter will perform in such an important game.