|| Matthew OHaren-USA TODAY Sports How do we think the Nittany Lions will fare the rest of the season? With Penn State taking .. 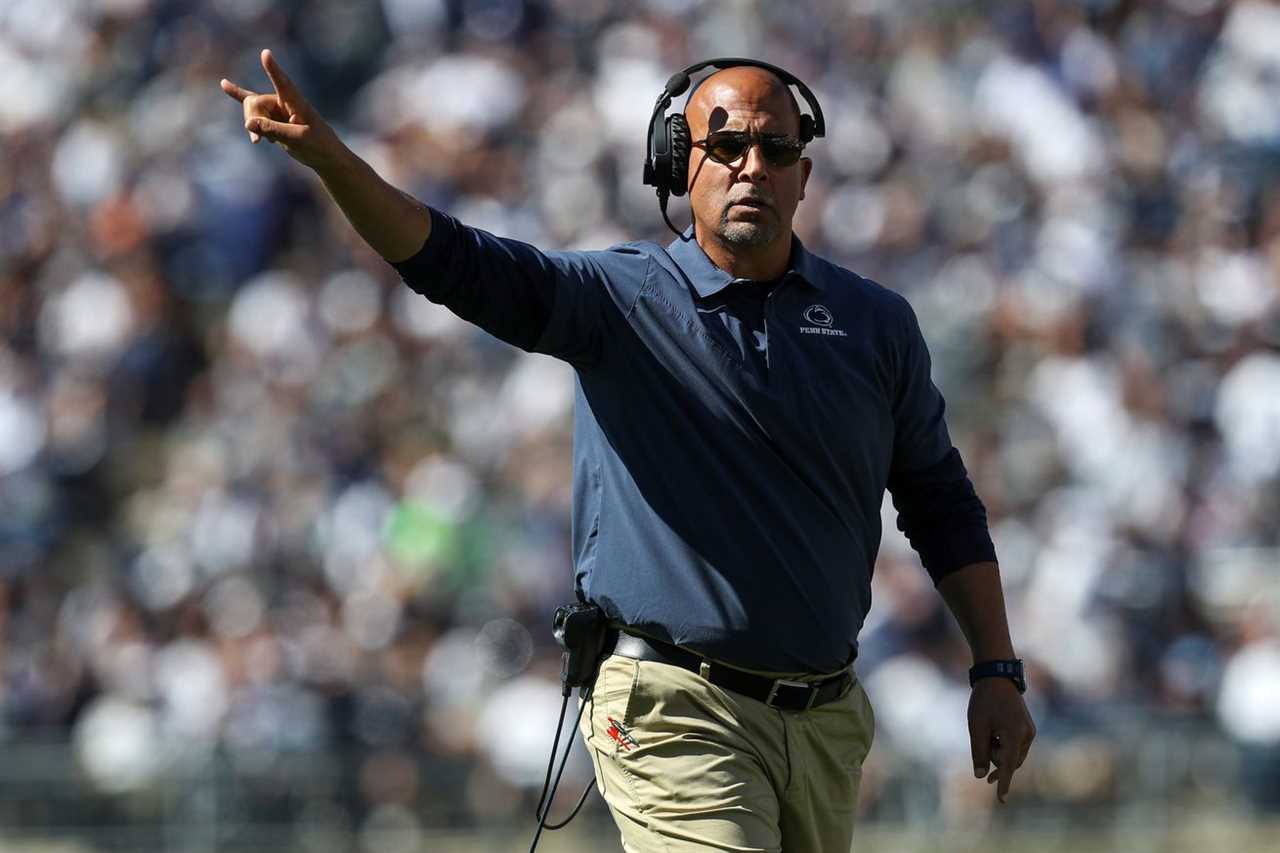 How do we think the Nittany Lions will fare the rest of the season?

With Penn State taking in its bye week after getting off to a (somewhat) surprising 5-0 start, it gave us staff writers at BSD the opportunity to look back on our season predictions. Do we think the end-of-year record for Penn State will change now that five games are in the books?

Heading into the season, I predicted 8-4 believing that there would more than likely be a loss against either Purdue or Auburn. As it turns out, the Nittany Lions surprised me and now head into the second half of the season with a 5-0 record.

As far as how the rest of the season goes, I am going to basically go chalk and predict 10-2, with the losses coming against Michigan and Ohio State. Really though, I think 9-3 should be the floor for the team the rest of the way, which is a nice surprise given that I was more in the 7-5 or 8-4 area just six weeks back.

I looked back at my 9-3 season prediction which I based on concerns about three areas holding up in terms of consistency and depth throughout the year: offensive line, linebacker, and quarterback. How’s that looking?

Offensive line - outside of some opening week struggles at Purdue, this unit has been strong. Even with Penn State only scoring 17 points at home against Northwestern, it was hard to put much of that on the OL who opened holes and kept Clifford clean. Bigger tests await, but like many of you, this is the best I’ve felt about an offensive line in a long time.

Linebacker - how about Abdul Carter? The freshman has eased some concerns with this group, though they still struggled against Purdue and at times against Central Michigan. They aced what I thought would be their biggest test to date. Credit to them. But I’m still holding my breath heading into a three-game streak where they’ll be challenged in every conceivable way.

Quarterback - I’ll leave it to everyone else since it’s the biggest argument on the board.

So that 9-3 prediction, I would say that would definitely be a disappointment given the start. Overall, credit to the staff and players for making some strides in those areas...so I’ll bump up to 10-2 and an NY6 appearance.

I predicted 9-3 at the start of the season, but after seeing the Nittany Lions dominate Auburn, I may revise my final call.

Michigan will be a tough test in Ann Arbor and I’m just not 100% sure that Sean Clifford will avoid making the mistakes that would ruin the chance for an upset. Penn State should bounce back nicely against Minnesota, but then come the Buckeyes. Ohio State is just too talented for the Nittany Lions right now, giving the team a 6-2 mark.Indiana shouldn’t give them any problems, and playing Maryland at home will be enough to lift them to 8-2. Rutgers and Michigan State also won’t be an issue, so I’m amending my prediction to 10-2.

I initially projected 9-3, which included a close loss at Auburn (oops). Despite how lackluster the last couple of games have been scoreboard-wise, I really like what I see out of the run game and the defense as a whole to up my projection to 10-2. While I think a win at Michigan is possible, I just think the Wolverines come up with a couple more big plays offensively while Cliff commits a costly mistake. Minnesota under the White Out lights should be a dub, but Ohio State just has too much offensive firepower for PSU to keep up. Maryland is the one November game that truly worries me, but the game is in Happy Valley and as we saw last season, if PSU can generate a pass rush, they can fluster Taulia Tagovailoa into making some bad throws. A New Year’s Six bowl sure would be a great way to erase the bad memories of the past couple seasons!

Before the season started I predicted the Nittany Lions to go 9-3 with one of those losses being against Auburn. So, yes, they have exceeded my expectations through five games. The offensive line and running game have been much better than anticipated, and the defense, which I had high expectations for, has exceeded my expectations. This defense may legitimately have as many as five or six future first-round picks and well into the double digits of future NFL starters.

That said, the passing game has been poor. There is no deep threat at receiver and Penn State desperately needs a third receiver to emerge behind Parker Washington and Mitchell Tinsley. If that happens, Sean Clifford can at least play consistently while cutting down on the poor reads/progressions/pocket presence/mechanics, 11-1 is certainly on the table for the Nittany Lions. That said, I still believe the Nittany Lions will lose against Michigan and Ohio State. Taht makes Maryland the toss up game that will be the difference maker between 9-3 or 10-2, the latter of which almost assuredly gets Penn State back to the New Year’s Six. All of that said, a lack of confidence in the passing game makes me worry they won’t be able to score enough to take down the Terps. So... I’ll stick with 9-3.

I predicted 10-2 based on history, as James Franklin has never finished a regular season better than 10-2. I wasn’t as down on the team as others may have been, and was actually confident that Penn State could start 5-0, but pegged Northwestern as the “dumb game Penn State loses for no real reason.” Well, the dumb game against Northwestern happened, but they didn’t lose! Looking at the rest of the schedule, he may very well finish 10-2 still, if everything is chalk. With No. 4 Michigan and No. 3 Ohio State still on the docket, the Lions have a low probability of overcoming their “10-2” problem.

That said, Sean Clifford, for as much as people want him gone, has been good at one thing, and that’s beating Michigan. He is 2-1 against Michigan, and it required a game where Clifford was both hurt and sick, an ill-advised fake field goal from the 2, and two of our defenders running into each other in Michigan’s second-to-last drive of the game. Clifford, as far as we can tell, is neither hurt nor sick. The defense is just as good, if not better than last season, and everything is still in front of Penn State, unlike last season when these two teams met.

Beating Ohio State is a whole different animal, so I won’t predict that just yet. But the rest? They’re winning them all. Lions go 6-1 in the second half to finish the season 11-1, and in the conversation as an at large playoff squad.