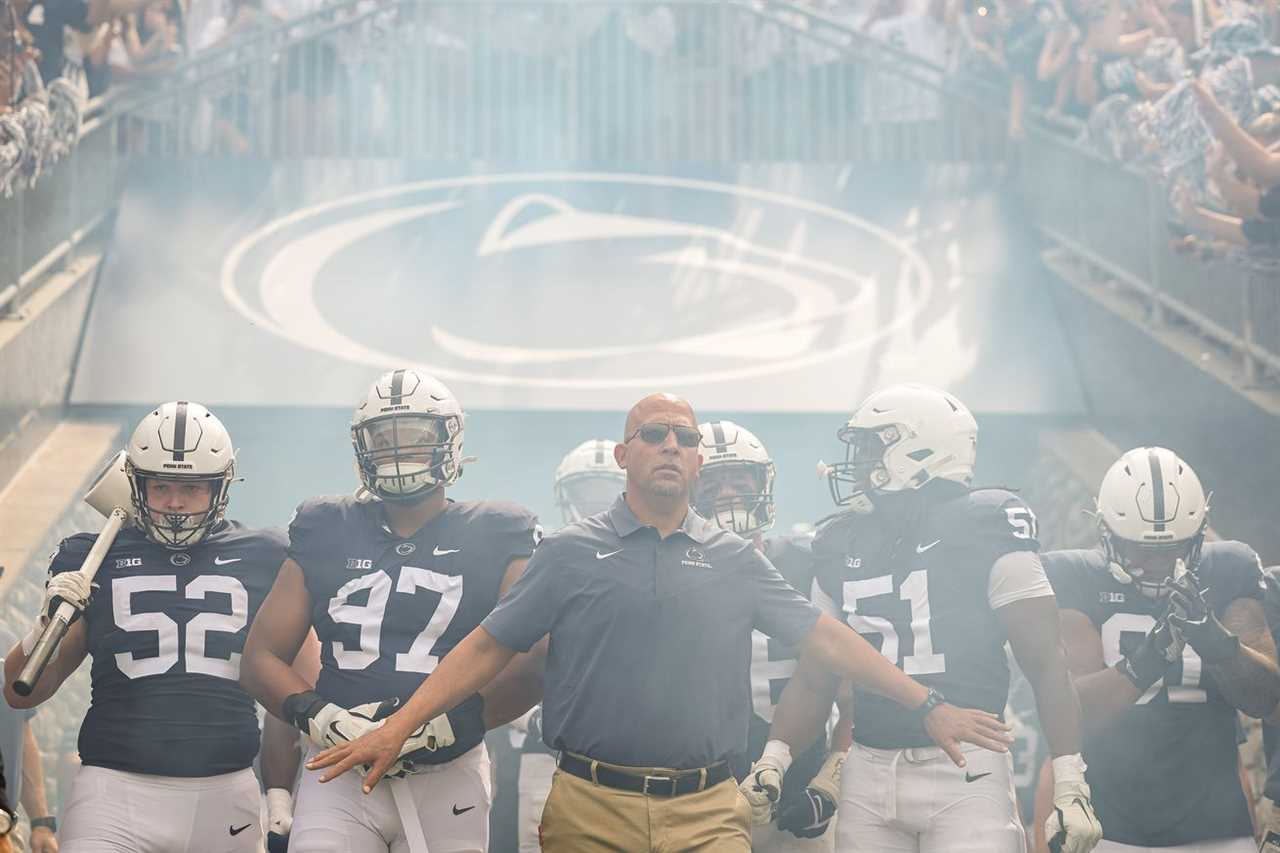 I’d be lying if I told you I don’t feel extremely optimistic about the Penn State Nittany Lions at the moment. Even better than I did at this point last year. Shoot, even better than I did when the team rolled into Kinnick as the #4 team in the country. And that mostly has to do with what I perceive to be the team’s mindset.

Penn State is no stranger to success on the field. The last 2 seasons notwithstanding, Penn State has had an excellent go of things in the last 6 years. Big Ten Championship, three New Year’s Six bowl appearances and two wins, improvements to facilities, fantastic recruiting.

But despite all of that success, there always seemed to be SOMEthing holding the Lions back.

In 2016 it was a lack of familiarity with the Joe Moorhead offense that kept the offense from taking off until mid-season.

In 2017 it was one or two injuries on the road against OSU.

In 2019 it was a lack of a coherent secondary against Minnesota.

In 2021 it was a lack of depth behind Sean Clifford.

Now, I’m severely simplifying entire seasons of football to single points. There is obviously a lot more that goes into whether a team has a successful season than “Gophers throw ball good.”

But circling back around, at this time last year it felt like Penn State was pretending. They were riding their defense hard, and the offense was working in fits and starts (at best) even before Clifford got injured. Even the wins seemed like struggles. There didn’t seem to be very many obvious signs of progress. Despite the on-field success, there weren’t very many obvious signs that the team was actually enjoying it.

Which makes the 3-0 start to this season seem all that much better.

The offense is in mid-season form and improving each week.

The constant recruiting means there are plenty of bodies to rotate through each position.

The defense has quickly adapted to Manny Diaz’s scheme and is flying around the field.

But perhaps the most important thing, for the first time in a few years, it looks like the team is having fun.

The last time I can distinctly recall seeing this sort of post-game celebration:

you know the vibes pic.twitter.com/AL3sqq1IHP

So Midweek Musings simply wonders: does success beget success? The Lions had a ton of question marks entering the season, with many people saying they would be lucky to get to 7-5 on the year. That they’d still be a year away (at best) from the recruiting paying off. That they still wouldn’t be good.

So now that they’ve found success, will it continue to self-fulfill? Now that the OL KNOWS it can run block, will it successfully do so against the Michigans and Ohio States on the schedule?

Now that the defense KNOWS it can generate turnovers in chunk, will they keep it up down the stretch?

Now that the backup QB is a KNOWN commodity, will the entire offense loosen up a bit?