|| Allen balled out this week, helping his team move up. | Photo by Jeremy Hogan/SOPA Images/LightRocket via Getty Images The .. 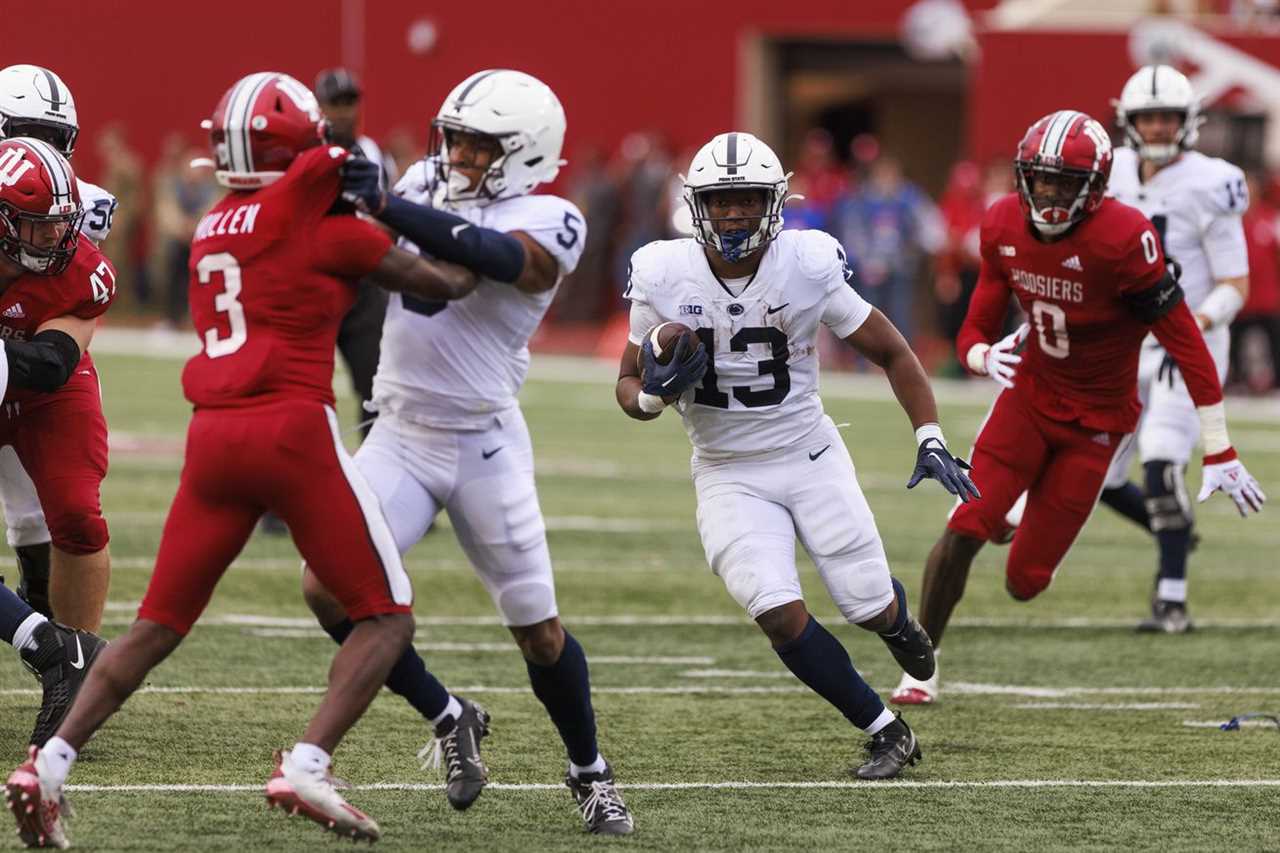 Allen balled out this week, helping his team move up. | Photo by Jeremy Hogan/SOPA Images/LightRocket via Getty Images

The Nittany Lions moved up after a dominant showing in Bloomington.

This year’s first College Football Playoff Rankings came out last week, fresh off a fourth quarter loss for the Penn State Nittany Lions to the likely playoff-bound Ohio State Buckeyes. This week is a rosier picture, after PSU rebounded in a big way and went to Bloomington (where past blue and white offenses have gone to die) and laid a smack down.

James Franklin’s team was rewarded and moved up one spot to #14 in the second week of the College Football Playoff Rankings.

This comes after PSU went up to no. 14 in the AP poll and 15 in the coaches poll on Sunday.

The Nittany Lions are 7-2 on the season, with both losses coming to top five squads in OSU (still #2 in this week’s rankings) and the Michigan Wolverines (now into the top four at #3). Next up for Penn State is arguably their toughest test left of the regular season, when the Maryland Terrapins come to Beaver Stadium on Saturday.

PSU is the odds-on favorite to win this week against Mike Locksley’s squad, and oddsmakers have them, as of now, favored the rest of the regular season. The fourth Big Ten team in the rankings is Illinois, who dropped to #21 after their second loss last week.

The one hiccup might be on the offensive line, a somewhat surprising strong unit this season, as LT Landon Tengwell is done for the season and Olu Fashanu is week to week. This week, at least, the focus should be on defense and containing Tua Tagovailoa.