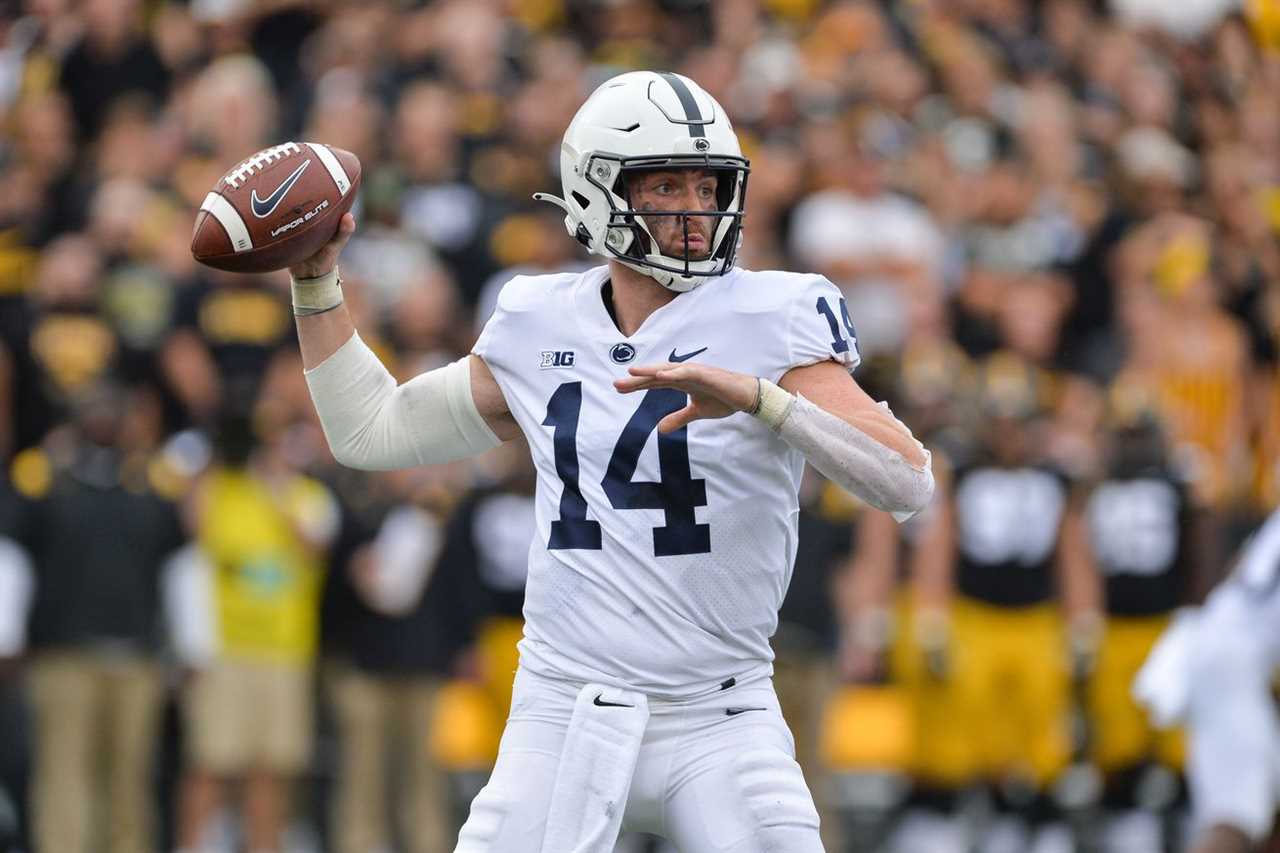 Cliff did throw a pair of picks, which prevents him from getting an ‘A’ grade. Still, the fact that he shook off both picks and led a few scoring drives before getting knocked out of the game was very impressive and something he wouldn’t have done in prior years. As we all know by now, things went completely downhill at this position when Roberson was forced into action, which frankly, I don’t feel the need to re-hash.

The plus is for Noah Cain scoring a touchdown in what was otherwise a very quiet game for the running back corps once again. No position group has been more bitterly disappointing than this one, given the massive amount of hype that got all offseason long.

The receivers did a good job of running their routes and getting open all game long. It’s not their fault that they had to rely on a very green QB whose arm and awareness were lacking for the final three quarters. Jahan Dotson led the way in receptions with eight of them for 48 yards while KeAndre Lambert-Smith led the unit in total receiving yards with 61 of them on five catches.

Brenton Strange had a couple of uncharacteristic drops that he no doubt, would love to have back. Run blocking is still iffy, as well. Perhaps if Cliff had played the whole game, this grade would be higher, but it is what it is.

Despite losing PJ Mustipher and later his backup D’Von Ellies to injuries, this unit held tough throughout the game. Arnold Ebiketie racked up 3.5 tackles for loss, including a sack, while Jesse Luketa had 2.5 tackles for a loss, himself. They did a good job with the pass rush, and it’s hard to blame them or anyone else in the defensive units to be gassed in the fourth quarter when the offense was non-existent and constantly going three-and-out.

As Marty noted in his takeaways post, Curtis Jacobs had his coming out party. Ellis Brooks was also all over the place and led the team in tackles with 14 of them. Brandon Smith wasn’t too shabby, either. Once again though, without the offense doing jack squat post-Cliff, it was a great job in a losing effort.

Jaquan Brisker’s interception right after Cliff threw his second pick of the game set up a TD, and this unit did an admirable job, once again. However, it was probably a matter of time before being on the field as long they were would take a toll, as Tariq Castro-Fields failed to wrap up on a sideline catch that ended up going for an additional 20-ish yards and set up an Iowa field goal to cut PSU’s lead to 20-16 in the fourth quarter, and later with Iowa’s misdirection pass play finding a wide open Nico Ragiani for the go-ahead TD.

Jordan Stout put all five of his kickoffs into the back of the end zone, nailed both his field goals, and averaged 50 yards per punt, with a long of 58. Given how Iowa’s superb kickoff and punting game wasn’t going to allow any big return opportunities for PSU, it’s hard to ask for any better.