Photo by Matthew Holst/Getty Images Penn State was rolling... until Sean Clifford got hurt Sean Clifford is the most important player on this.. 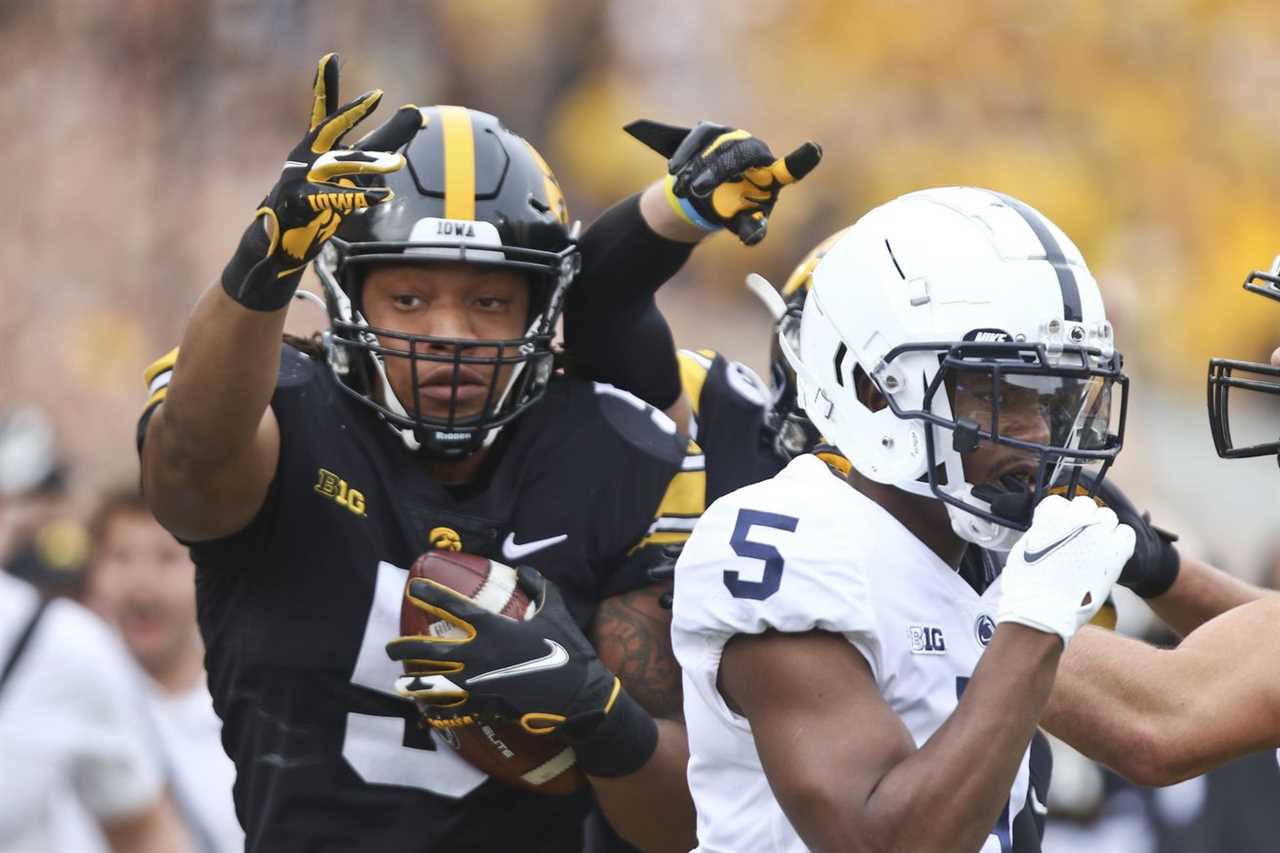 Penn State was rolling... until Sean Clifford got hurt

Sean Clifford is the most important player on this team

Saying a quarterback is the most important player to a football team is not a surprise. But that was on full display on Saturday afternoon in Iowa City, because once Sean Clifford left the game with injury the Nittany Lions were a completely different team.

When Sean Clifford exited the game with injury Penn State was leading 17-3. Not only were they leading 17-3, the Nittany Lions were out gaining Iowa in total yards 208-49 and the offense was humming.

Clifford was in for five possessions. Those five possessions resulted in two touchdowns, a field goal and two interceptions. Of those interceptions, one came on a drive where the Nittany Lions were driving and Jahan Dotson did not make much of an effort to break it up. The other came on a throw where Clifford got hit as he was throwing the ball out of his own end zone.

The way the offense went into a shell, especially after missed throws early on by Roberson, it was clear that without Clifford the Nittany Lions offense could not function and operate properly.

Roberson was just 7-for-21 for 34 yards. He threw a pair of interceptions, and went just 2-for-14 on passes thrown beyond the line of scrimmage. He also routinely overthrew open receivers, such as Cam-Sullivan Brown and Jahan Dotson on Penn State’s penultimate possession, as well as failing to see a wide open receiver coming across the middle of the field on a 4th down play with Penn State driving earlier in the 4th quarter.

I have been as critical of Clifford as anyone, but without him the Nittany Lions go from a College Football Playoff contender to a complete pretender. Hopefully he will be healthy by the time the team travels to Columbus on October 30th.

Coming into the game all the talk was about how good Iowa’s defense is. Well, Saturday afternoon, the best defense on the field was Penn State’s. Brent Pry and his until damn near willed the Nittany Lions to a victory over Iowa.

Despite losing their best defensive lineman in PJ Mustipher on the first possession of the game and dealing with a Nittany Lion offense that could not move the ball after Clifford exited with injury, Penn State’s defense was one big play away from willing Penn State to victory.

There is an argument to be made that Penn State’s defense is the best in the country this side of Georgia. Once Clifford went down with injury it was clear the defense was going to need to put the team on their back to carry them to victory and they damn near did that.

One of the shining starts for the Nittany Lions defense on Saturday was linebacker Curtis Jacobs. The former five-star recruit was unleashed by Pry on Saturday afternoon and he flew all over the field.

Jacobs had multiple tackles for a loss and was often times in the Hawkeye backfield on Saturday afternoon. Penn State’s linebacker group has been strong this season and Jacobs continued this

Moving forward this season the Nittany Lions will continue to ride their defense. Especially if Clifford is not 100%. To do this they will need Jacobs to continue to emerge as a game wrecker as he was on Saturday.

Did you miss our previous article...
https://playeverysport.com/college-sports/watch-highlights-from-floridas-homecoming-win-over-vanderbilt