NESN Logo Sign In The high-powered offenses of the NFC, featuring some of the top..

The high-powered offenses of the NFC, featuring some of the top quarterbacks in the NFL, battle to represent the conference in the upcoming Super Bowl. After one month of NFL action, a few teams have established themselves as the top contenders.

Read below and find out how the state of the conference shapes up after four weeks.

TAMPA BAY BUCCANEERS
CURRENT ODDS: +280
The Tampa Bay Buccaneers stand among the elite teams in the NFL, posting a 3-1 record with wins over the Dallas Cowboys, Atlanta Falcons, and New England Patriots. Quarterback Tom Brady has put up legendary numbers to start the season, ranking third in passing yards (1,356) and third in touchdown passes (10), with a 64% completion rate. The Buccaneers are the second-most pass-friendly team in the league, deploying a 71%-29% pass-to-run split, which should come as no surprise given the weapons Brady has at his disposal. Featuring a distributed receiving corps of Mike Evans, Chris Godwin, Antonio Brown, and Rob Gronkowski, Brady spreads the ball with ease to the group, with Evans leading the Buccaneers with a 20% target share, seeing nine or more targets in three of the past four games.

Initially thought of as a three-headed running back committee featuring Ronald Jones, Leonard Fournette, and Giovani Bernard, the Buccaneers have appeared to invest in Fournette, who leads the team with a 56% share of carries after the first month of action. With Bernard dealing with a knee injury, expect Fournette to absorb the bulk of carries, even if Gio returns for Week 5.

Going into Week 5, Tampa Bay should benefit from a more manageable schedule, with matchups against the Miami Dolphins and Chicago Bears. Still, the team might have a more difficult time facing the Saints and Eagles before a Week 9 bye.

LOS ANGELES RAMS
CURRENT ODDS: +550
In a tough NFC West division, the Rams, posting a 3-1 record, have started the season with wins against the Chicago Bears, Indianapolis Colts, and Tampa Bay Buccaneers before falling to the Arizona Cardinals in an in-division matchup in Week 4.

Matthew Stafford has emerged as one of the top quarterbacks in the league, ranking fourth in passing yards (1,222) only behind Kyler Murray, Tom Brady, and Derek Carr. The former Lion is also second in touchdown passes with 11, only trailing Patrick Mahomes.

Stafford’s success in the passing game is also attributed to his receiving corps, led by Cooper Kupp, who is having a breakout season through four games. Kupp leads the Rams with a 34% target share, seeing 10 or more targets in each of the first four games this year, also leading the league in touchdown receptions with five.

Using a more balanced 59%-41% pass-to-run play-calling approach, look for the Rams to use Darrell Henderson and Sony Michael exclusively in the running game. Henderson, who leads the Rams with a 57% share of the workload in the backfield, has seen 13 or more carries in each game this year while also missing Week 3 against the Buccaneers with a rib injury.

Going into October, the Rams have what looks to be a difficult matchup against the Seahawks, followed by a lighter schedule against the Giants, Lions, and Texans.

ARIZONA CARDINALS
CURRENT ODDS: +700
The Arizona Cardinals have an uphill climb in a difficult NFC West division like the Los Angeles Rams. The Cardinals are the lone undefeated team in the NFL, grabbing wins in matchups against the Titans, Vikings, Jaguars, and Rams.

With quarterback Kyler Murray handling under-center duties, the Cardinals methodically move the ball down the field. Arizona uses a balanced 54%-46% run-to-pass split, calling a play on average every 28 seconds, the sixth-lowest rate in the league. However, the Cardinals prefer to use a no-huddle approach to their offense, deploying the scheme 30% of the time, the second-highest in the league.

Murray benefits from a plethora of weapons in his receiving corps, with star-wideout DeAndre Hopkins leading the Cardinals with a 19% target share. However, A.J. Green, Christian Kirk, and Rondale Moore all factor into the Cardinals’ play-calling scheme, seeing more than 13% of the team’s looks.

Arizona prefers to split the workload in the backfield, using Chase Edmonds and James Conner, who combine to see more than 75% of the Cardinals’ carries. Murray should also be a factor in the rushing game, given his dual-threat tendencies. Since the start of the season, Murray has rushed for 109 yards on 23 attempts and three touchdowns.

A difficult October is in store for the Cardinals, with meetings against the 49ers, Browns, and Packers.

Did you miss our previous article...
https://playeverysport.com/olympic-news/red-sox-notes-yankees-find-it-hard-to-beat-boston-when-it-counts 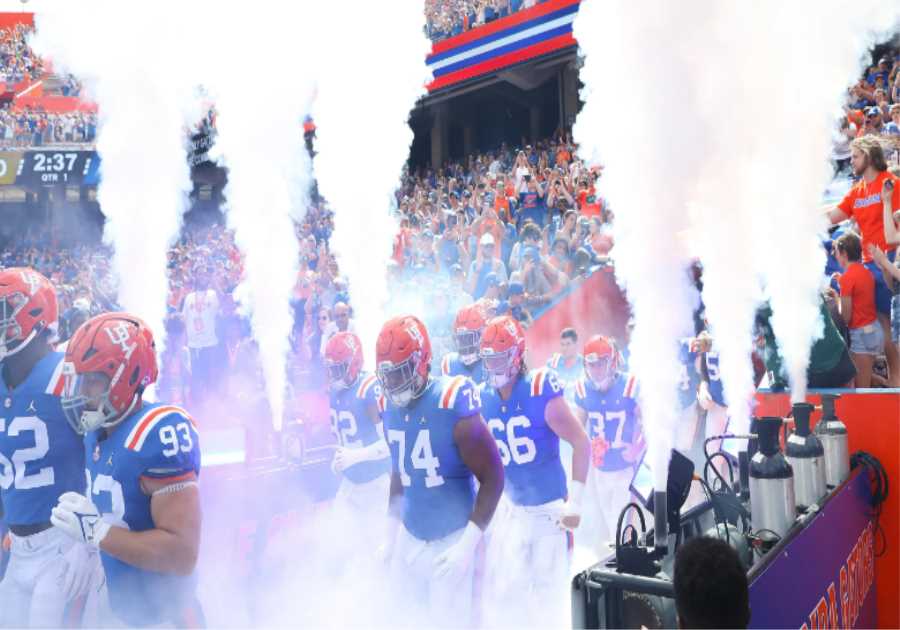