President Joe Biden awarded the Presidential Medal of Freedom to 17 people, including Simone Biles and Megan Rapinoe on Thursday. The gymnast and soccer star were granted the United States’ highest civilian honor.

The medal is given to those who “have overcome significant obstacles to achieve impressive accomplishments in the arts and sciences, dedicated their lives to advocating for the most vulnerable among us, and acted with bravery to drive change in their communities, and across the world, while blazing trails for generations to come,” according to the White House.

Both women are very deserving of the honor, and one could definitely say they meet the criteria described by the White House. Biles is an advocate for a number of things, including fostered youth, mental health of athletes and sexual assault victims. Fostered youth is one of the 25-year-old’s focuses as a former foster child herself. She became the youngest to ever receive the honor on Thursday. 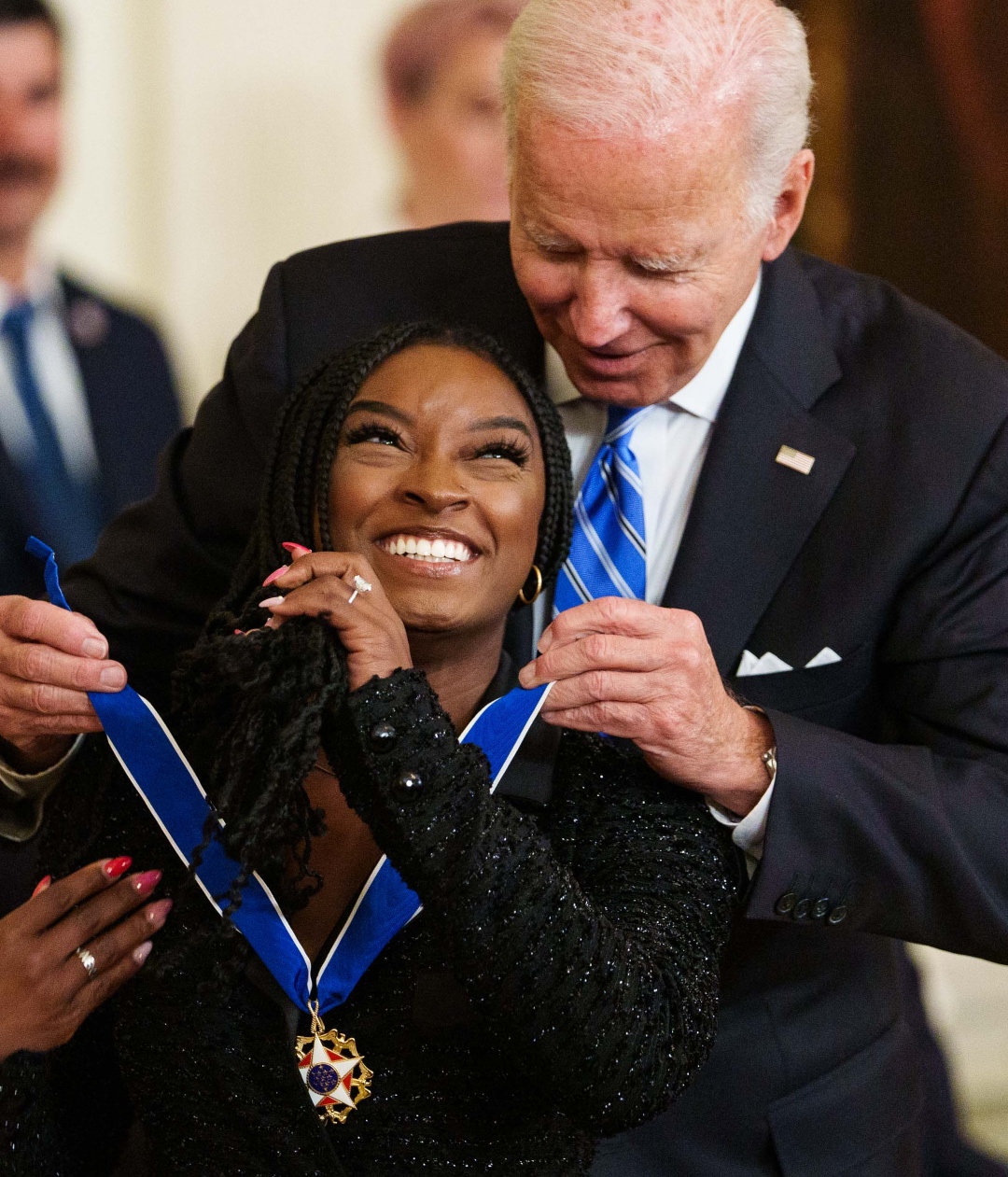 Biles’ gymnastics career is beyond impressive. Her strength and determination is evident even when she isn’t on the mat. The most decorated United States gymnast has earned 32 Olympic and World Championship medals.

“Today, she adds to her medal count,” Biden said. 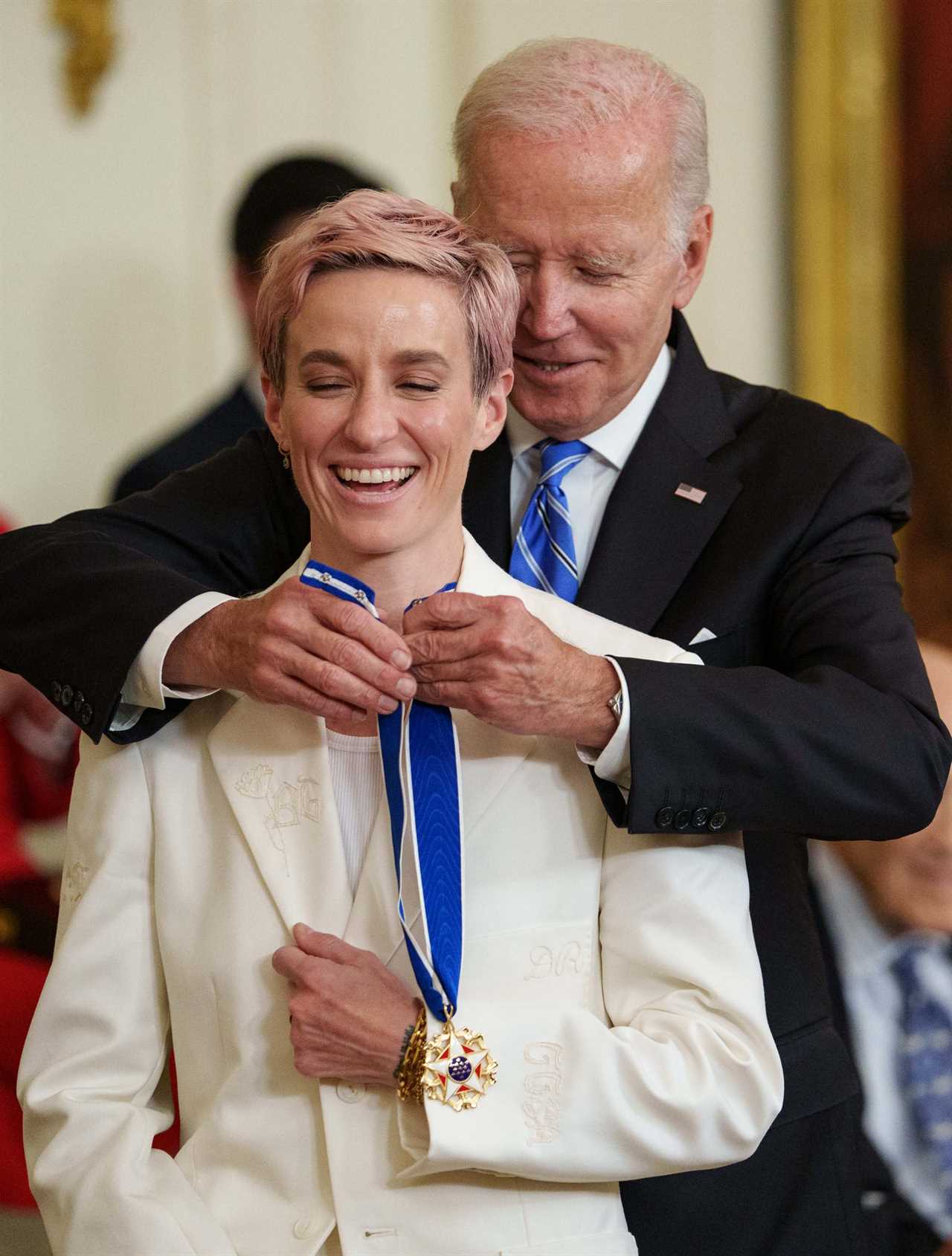 Rapinoe advocates for equal pay for men and women, LGBTQ+ rights and social justice. Rapinoe, also an Olympic gold medalist as well as a two-time Women’s World Cup champion, became the first soccer player to earn the honor. She is a true leader on and off the field, captaining the OL Reign of the National Women’s Soccer League.

Not only was it a first for these two female athletes. It also was the first time Biden had given out the award to honorary civilians.

Both activists use their platform in an effective way. The medalists are making a huge impact and this honor goes to show how much they truly work to make social change in our world.