Sunil Gavaskar at the Queens Park Oval in Port of Spain. Image: Xtra TimeXtra Time Web Desk: One of the greatest Indian batsmen of all times Sunil.. 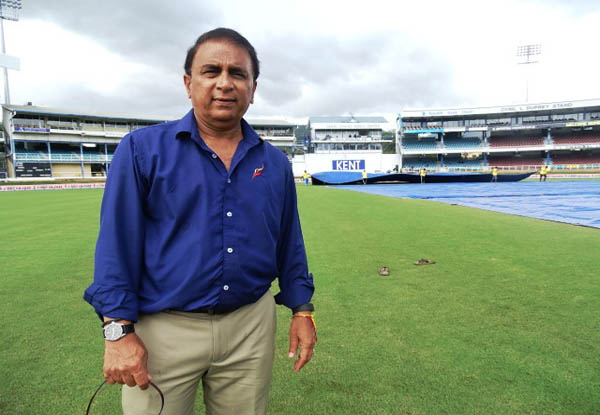 Xtra Time Web Desk: One of the greatest Indian batsmen of all times Sunil Gavaskar was born on this day. The man with 13000 plus international runs, the original ‘Little Master’ transformed the art of batting. The success he got against the fiery West Indian pace battery in the 70’s on uncovered wickets and without wearing a helmet spoke volumes about his courage. The 1983 World Cup winner was also the first batsman to eclipse the milestone of 10000 test runs. Let’s have a look at 10 interesting yet unknown facts about Sunil Gavaskar.

1. Almost got switched at birth

When Sunil Gavaskar was born his uncle Narayan Masurekar noticed a little hole on baby’s left earlobe. The next day his uncle noticed some other baby in the crib– who had no hole on the left earlobe. Fortunately his uncle found young Gavaskar sleeping beside a fisherwoman.

2. Influence of uncle to take cricket

Gavaskar was influenced to take cricket after watching his uncle Madhav Mantri who played 4 tests for India.Young Gavaskar would spend a lot of time in Mantri’s home. He wanted to wear India cap. Mantri said: “You can’t wear the India cap; you’ve got to earn that cap.”

4. Getting a haircut during a match

Gavaskar once had got a haircut from the umpire in the course of a match. While batting against England, the conditions were extremely windy at Old Trafford in 1974, and Gavaskar was miffed with his hair blocking his sight. He asked umpire, Dickie Bird, to trim his hair, while the match was on.

6. Not celebrating a milestone

Once on the pitch, Gavaskar never looked at the scoreboard, and this lead to him not celebrating a milestone he achieved. According to a report published in Free Press Journal, Gavaskar was clueless after he had equalled Sir Don Bradman’s record. He had scored his 29th century, a record that stood for more than three decades.

Gavaskar played his first home Test at the Ferozshah Kotla in December 1972. India lost the Test but went on to win the at Kolkata & Chennai to win the series 2-1. Gavaskar batted at No.8 in the 2nd innings at Chepauk.

The Little Master played for Somerset during the wet summer of 1980. In 15 FC games, he scored 686 runs for Somerset at an average of nearly 35.

9. Walking out at MCG

Gavaskar decided to walk out of the MCG when he was told offensive words by the Australian fielders during the 2nd innings of MCG test in 1980/81 tour Down Under. He was batting on 70 when he was adjudged out leg before to Dennis Lillee. Gavaskar felt he got an inside edge. He was irked by what was being said

Gavaskar played a lead part in a Marathi film, Saavli Premachi (1974). He was also seen with Naseeruddin Shah in the movie Malamaal.

The post Happy Birthday Sunil Gavaskar: Ten unknown facts about the ‘Little Master’ as he turns 72 first appeared on XtraTime | To get the best and exclusive sporting news, keep watching XtraTime.