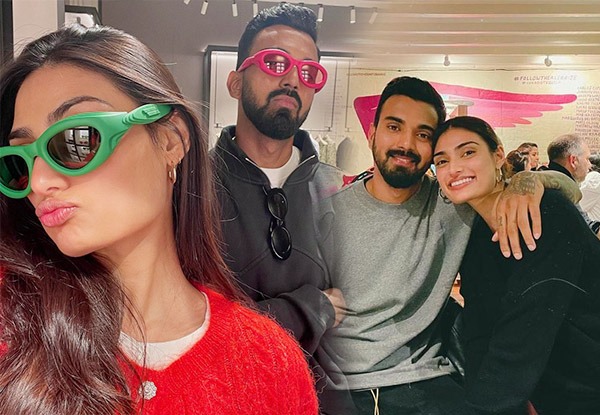 Xtra Time Web Desk: Team India opener KL Rahul and Bollywood actress Athiya Shetty is all set to tie the knot in January next year. The power couple will tie the knot in the Khandala mansion. The couple will be wearing the wedding outfits designed by reputed fashion designer Manish Malhotra. While the color of the traditional dress code has not been revealed, it is learned that both Rahul and Athiya will wear designer outfits.

Rahul, who is enjoying the break after returning from Australia for the T20 World Cup visited Kukke Subramanya temple on Wednesday and took the blessings.

The wedding ceremony will take place in Sunil Shetty’s Khandala Mansion and not in any five-star hotels.

Rahul and Athiya are best of friends and has been dating each other for the last three years. Athiya was in Australia recently to cheer Rahul during the T20 World Cup. She

The reason the wedding ceremony will take place in January because during that time Indian team has no matches. Rohit Sharma and his boys will be travelling to Bangladesh to play 2 Tests and three ODIs. Rahul is part of both test and ODI teams. The series will start on December 4, and end on December 22. There is a gap of one month after the series against Bangladesh and the couple has decided to tie the knot during this break.

The post KL Rahul & Athiya Shetty to tie the knot in January next year first appeared on XtraTime | To get the best and exclusive sporting news, keep watching XtraTime.||