Bangladesh batsman Mahmudullah has announced his retirement from test cricket. Xtra Time Web Desk: A day after scoring a career best 150 against.. 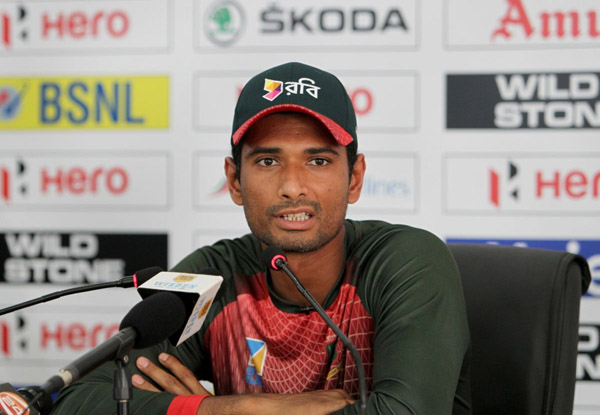 Bangladesh batsman Mahmudullah has announced his retirement from test cricket.

Xtra Time Web Desk: A day after scoring a career best 150 against Zimbabwe in the ongoing first test at Harare, Bangladesh batsman Mahmudullah Riyad has announced his retirement from Test cricket. As per reports, the Mahmudullah has informed his teammates about the decision after the end of the third day’s play. However, he refrained from speaking on the same in the BCB’s video after the day’s play.

Mahmudullah’s sudden decision to retire in the middle of test has not gone down well with Bangladesh Cricket Board. BCB President Nazmul Hasan Papon has called Mahmudullah’s decision “unacceptable” and based on “emotion”.

“I have not been informed officially but someone called me on the phone and said he doesn’t want to play Tests anymore,” Hasan told Bengali daily Prothom Alo.

“Apparently, he told the dressing room. I think it is highly unusual since the match isn’t even over. I think he did it from emotion. Such an announcement will have a negative impact on the team. It is unacceptable. I have no problem if someone doesn’t want to play, but there is no need to create a mess in the middle of a series,” he stated.

“Four or five days before they left for Zimbabwe, we asked all the players to inform us which formats they want to play. Riyad wrote that he wants to play all three formats. Regarding Tests, he wrote that he wants to play in the format if given the opportunity, which is why we picked him in Tests. I find it astounding that he is talking about retirement,” Hasan added.

Mahmudullah has been a pillar of Bangladesh batting. He has played 50 test matches for his country, scoring 2914 runs at an average of 31.77. He has scored 5 centuries and 16 half-centuries and picked up 43 wickets.