T20 World Cup 2021: Ruturaj Gaikwad will do well if he is picked in the side: Dilip Vengsarkar 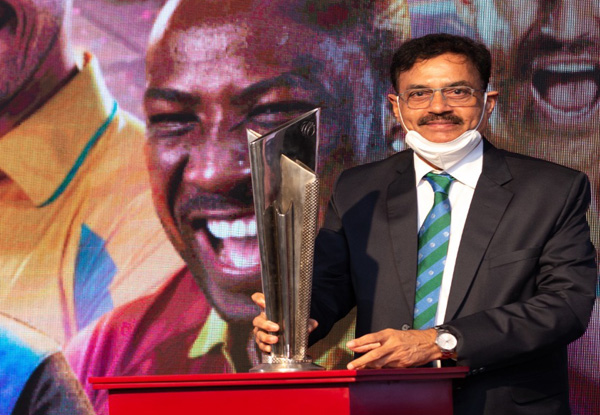 Ruturaj has been in tremendous form in the ongoing IPL 2021 second leg matches in UAE. On Saturday he scored his maiden IPL ton against Chennai Super Kings as well.  Gaikwad’s sequence of scores since resumption of IPL is 88, 38, 30, 45 and now 101 not out.

“Ruturaj Gaikwad is doing very well. He is a brilliant batsman. If he gets an opportunity I am confident he will do well. I have seen him from close quarters and he is the batsman in form. He is giving good starts for CSK. I think it will be good if the selectors include him in the squad,” said Vengsarkar to Xtra Time.

Commenting on the T20 World Cup squad, the former Selection Committee Chairman said, “I think we have a very balanced and strong side. We are Number 1 in the world in this format at the moment. The biggest positive is we have a lot of options going into the tournament.”

He added, “The team has a good mix of all rounders, batsmen and quality spinners as well. I think India should start as favourites in the tournament.”

There has been a lot of debate with the form of the Mumbai Indian’s trio Ishan Kishan, Suryakumar Yadav and Hardik Pandya. The later has hardly bowled in the ongoing IPL 2021 matches.

“The players who are in form and are fit should play. We have world class players in our side and I hope they produce a good performance,” said Vengsarkar.

Another player who has been performing really well is Royal Challengers Bangalore (RCB) leg spinner Yuzuvendra Chahal. The lanky spinner has failed to find favours with the selectors despite being the Number 1 spinner for the country in this format. The selectors have preferred to pick Rahul Chahar ahead of Chahal.

“That depends entirely on the selectors. They are keenly following the ongoing matches in IPL 2021 and I hope they do justice in putting up a good squad for the T20 World Cup,” Vengsarkar said.

He added, “I don’t want to say much on individual players as that is entirely depend on the selectors.”

The Board of Control for Cricket in India (BCCI) has recently appointed MS Dhoni as the mentor for the Indian team during the T20 World Cup.

Commenting on the decision taken by BCCI, Vengsarkar said, “Dhoni has a huge experience behind him. As a captain he has been outstanding. Now he has been made the mentor of the side. We don’t know what role he will play. I think we have to wait and see”

“He (Dhoni) had an absolutely fantastic career as a captain and as a player. His approach to the game has always been positive and aggressive and that will hold Indian team in good stead for the upcoming World Cup,” signed off Vengsarkar.

The post T20 World Cup 2021: Ruturaj Gaikwad will do well if he is picked in the side: Dilip Vengsarkar first appeared on XtraTime | To get the best and exclusive sporting news, keep watching XtraTime.

Did you miss our previous article...
https://playeverysport.com/pro-sports/i-can-no-longer-root-for-the-los-angeles-rams