“We criticize ourselves the most”: KL Rahul on questions raised over his strike rate 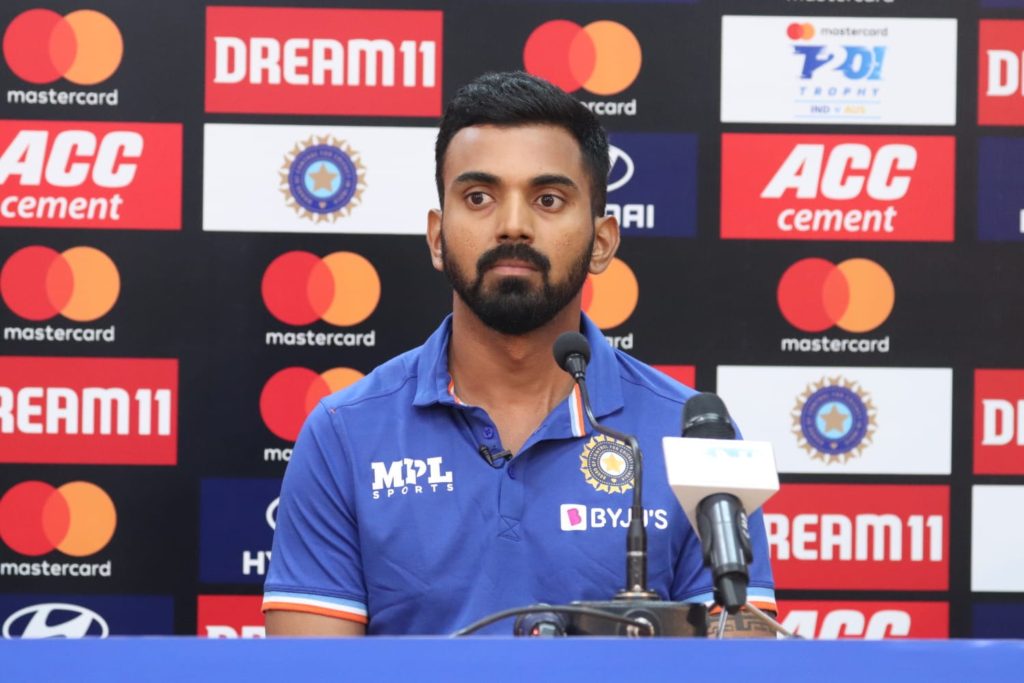 Xtra Time Web Desk: Team India vice-captain KL Rahul on Monday said as long as the teammates support him, he is not bothered with the criticism about his strike rate. The star batter from Karnataka has been under scrutiny for poor strike rate, due to which the team has suffered at the start in recent times.

“Criticism happens every time. We criticise ourselves more than any of you do. We dream of winning as we are representing the country; we want to win the World Cup that is all in our mind. When we don’t do well, it hurts us the most. It’s about what goes on in our team. We have a support staff and leader who not only appreciate when times are good but also in tough times when an individual has done well, they back us,” said Rahul during the pre-match conference ahead of first T20I against Australia here in Mohali.

Talking more about strike rate, Rahul said, “Obviously, strike rates are taken into account on an overall basis. You’ll never see when that batsman has played at a certain strike rate, whether it was important for him to play at 200 strike rate or whether the team could have still won playing at 100-120 strike rate. So, these are things that not everybody analyses. So, when you look at it, it looks low. It is something that I am working on.”

He added, “Obviously, the roles that have been defined to each player in the last 10-12 months have been very clear and the player understands what is expected out of them and everyone’s working towards it and I’m just working towards how I can better myself as an opening batter and see how I can have the most impact for my team whenever I go out to play.”

Rahul is all set to continue opening the batting for India along with captain Rohit Sharma in the T20I series opener against Australia at Mohali on Tuesday.

The post “We criticize ourselves the most”: KL Rahul on questions raised over his strike rate first appeared on XtraTime | To get the best and exclusive sporting news, keep watching XtraTime.||

By: XtraTime
Title: “We criticize ourselves the most”: KL Rahul on questions raised over his strike rate
Sourced From: xtratime.in/we-criticize-ourselves-the-most-kl-rahul-on-questions-raised-over-his-strike-rate/
Published Date: Mon, 19 Sep 2022 15:25:01 +0000