||Nicolas Pepe has been linked with a return to France, and unsurprisingly the rumour has garnered a strong reaction amongst some Arsenal fans on..

Nicolas Pepe has been linked with a return to France, and unsurprisingly the rumour has garnered a strong reaction amongst some Arsenal fans on social media.

According to Footmercato, Ligue 1 outfit OGC Nice are interested in signing the Gunners’ £72million club record signing on a season-long loan deal and an agreement may not be too far off with his agent said to have already held a meeting over a potential switch before deadline day

Furthermore, the report states that Pepe is ‘interested’ in sealing a move to the Allianz Riviera where he would be playing alongside former Arsenal midfielder Aaron Ramsey who joined Nice on a free transfer earlier in the summer after his contract with Juventus was terminated.

Of course, if the Ivory Coast international does return to France then it might force Mikel Arteta and Gunners technical director Edu into the transfer market to sign a replacement unless the plan is to stick with Bukayo Saka, Gabriel Martinelli and Emile Smith Rowe as the wide options.

Now, if the decision was left in the hands of some Arsenal supporters then there would be a new winger arriving at the Emirates Stadium should Pepe leave and the popular transfer target appears to be Wolves’ Pedro Neto despite links to Villarreal’s Yeremy Pino and Chelsea’s Callum Hudson-Odoi.

@Blue__UK said: “Pepe out. Neto in”, @MayoAKA said: “Pedro Neto as Pepe replacement? I wouldn’t be mad”,
@lndnbysole made a rather bold claim should Arsenal sign Neto: “If @Arsenal can land Pedro Neto I’ll say it now we would be title contenders!” and @luckbutnut said: “Welcome [email protected] Nicolas Pepe, Welcome to @Arsenal Pedro Neto.” 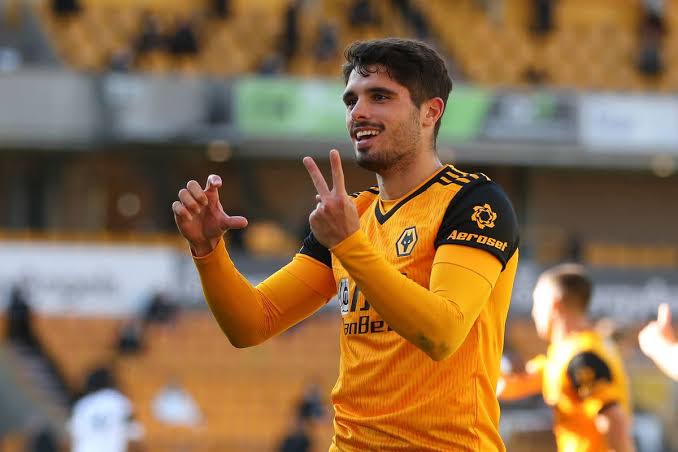 It remains to be seen if the Gunners even hold a serious interest in Neto or if Wolves would be open to selling such a key player, but should a move materialise before the summer transfer window closes on September 1st then the Portugal international will be realising a life-long dream.

“When I was a kid growing up watching English football my favourite team was Arsenal,” he told talkSPORT last year. “Because with Arsene Wenger I thought besides winning trophies they played very good football. I’m with Wolverhampton and am very happy! Of course, it’s the best club in England now.”