Hello and welcome to our latest edition of WWE Rumors Roundup. We bring some interesting WWE Stories and Latest WWE News and Updates including WWE..

We discuss here, WWE Rumours and spoilers on WWE considering a very strange ending for the 2021 Royal Rumble match. WWE Rumours and News on Triple high on Indian talents for the big stage. THE Latest WWE news and rumors on Edge set to make a new record with his entry in Royal Rumble 2021 match and more other WWE News and Rumors.

So let’s start the latest in sports news from the edition of WWE Rumors Roundup. 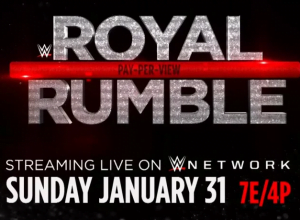 2021 Royal Rumble is now just 5 days away from now. Just like every year, when Royal Rumble season comes then there are lots of Rumors, possibilities, and speculation buzzing around for the event and especially for the Royal Rumble match ending and his winner.

Here is the WWE News:

“Sorry for the lack of details here but still noteworthy IMO; had a brief conversation earlier with a source regarding the Men’s Royal Rumble match. ‘There’s a finish that scares the death out of me. And it’s legitimately getting heavy consideration’ yikes.”

After this bold statement from a reliable source, we must be ready for some unexpected finish for Royal Rumble 2021 match. Never say never things apply in WWE, so we can’t rule out any small and big possibilities of the winner of the 2021 Royal Rumble match.

If we keep thing simple then, there are few names comes in the spotlight who could be the winner of Royal Rumble 2021 match. Names like Keith Lee, Edge, Cesaro, Big E, Daniel Bryan, Aleister Black, and Shinsuke Nakamura.

What could WWE be planning for the men’s Royal Rumble match?

If WWE really planning some unusual thing for Royal Rumble ending then there are few names that we can consider as the 2021 Royal Rumble winner. Names like Brock Lesnar and Goldberg could come into the Royal Rumble match and shock us by winning the match. Or even we can’t rule out some NXT names like Adam Cole, Tomasso Ciampa, and Damian Priest.

If we think more out of the box and crazy things that could WWE do in the Royal Rumble then, we could also get the double winner of this match. One challenge WWE Champion and other challenges to Universal Champion. 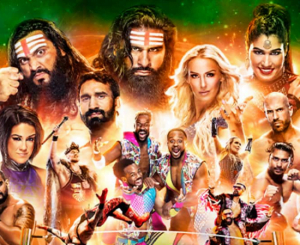 WWE NXT mentor Triple H talked about the future of Indian Talents in WWE. He believes that there are enough talent and potential in Indian wrestles to come and perform on the main stage.

During the interview, Triple H said that there are as many as 10 Indian Talents are ready for WWE’s main stage.

“WWE recruiting in India since 2015 and training them. We have been going there continuously, unfortunately, the Covid situation slowed that process down but we have talent. We have 10 Indian talents that we believe are ready for the main stage. There are going to be some of the biggest stars like Drew McIntyre, Charlotte, and legends like Ric Flair during the show. You are also going to see Indian culture.”

In the past, Triple H already recruited few Indian wrestlers, who come and trained himself at WWE Performance Center. Kavita Devi, The Bollywood Boyz, and Indus Sher are few notable names on that list.

Triple H holds an important position in WWE and is doing everything that he can to make sure that Indian talent reaches as many homes across the world, as possible. Looking at how WWE has showcased Indian wrestlers regularly lately, one can’t help but feel excited at the idea of a potential WWE NXT India show shortly. 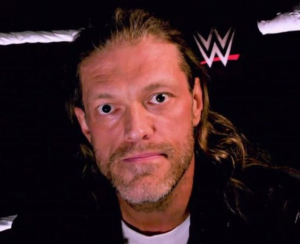 On the RAW episode, WWE Hall of Famer Edge makes a huge announcement. That is he is set to enter the 2021 Royal Rumble match. With this announcement, Edge is all set to make a new record in WWE history.

When Edge makes his way to enter Royal Rumble this Sunday. Then he will become the only WWE superstar who takes part in the Royal Rumble match in four decades that is the 90s, 2000s, 2010s, and 2020s.

Here is what Edge said on his WWE return on the RAW episode:

“I mean, I don’t know. It’s a learning process because I’m going to be 47 next month, so I didn’t know how I heal from injuries, surgeries [and] things like that. It’s a slow process. I’m not going to lie. The triceps is a different thing.” 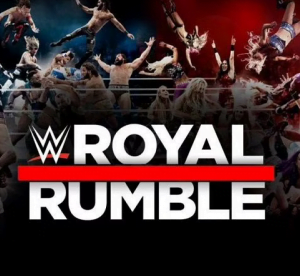 “The Rumble’s always an exciting show because there are so many things that can happen during the course of an hour-plus match. Gosh, I’ll just go there. How do you not count Brock Lesnar as the number one contender? I mean, to even skip over him, how do you do that?”

“You’d be foolish if you look back on it and go. ‘Okay, he wasn’t my first choice,’. Because he’s the guy – I’ve no idea what his contract situation is. But he’s the guy that’s always looming in the dark. He’s the Boogeyman, the real one.”

So let’s see how things fold out in the end. If WWE gives us a surprise with Brock Lesnar then they kept it very secret till he comes out in the Royal Rumble match. Apart from Vince McMahon, there are only one or two people backstage who could know about this secret if it really going to happen. 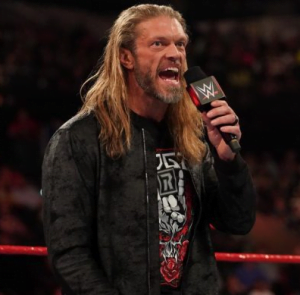 Not like last year, this year WWE seems to take a different way for Royal Rumble 2021 pay-per-view. On RAW episode, Edge announces that he fully recovers from his injury and now he is all set to enter the Royal Rumble match.

Now fans want to know why WWE pre-announced Edge entry in the 2021 Royal Rumble. however, WWE also kept it surprise like last year. However, some WWE Rumors already confirm that Edge could make his return at the Royal Rumble match. But still, the surprise gives us excitement and different feelings even if we know about it.

WWE Reports: Backstage news on why WWE is revealing surprises ahead of the Royal Rumble

Apart from the Edge announcement, WWE also announced the return of the WWE Backstage show which returns this Saturday. This show will announce the 30th entry into Royal Rumble 2021 match. As well as it also announces that who are the women who enter first and second in the Women’s Royal Rumble match.

The reason behind this again is, WWE thinks with this announcement WWE can draw more ratings for WWE Backstage show and it will make FOX happy.

Click below to know Latest WWE News and Updates for 2020: