|| Brodie Davis' 17.06-pound Lake Ivie bass stands as the 8th largest ever caught in Texas. ShareLunker photoA report from the.. 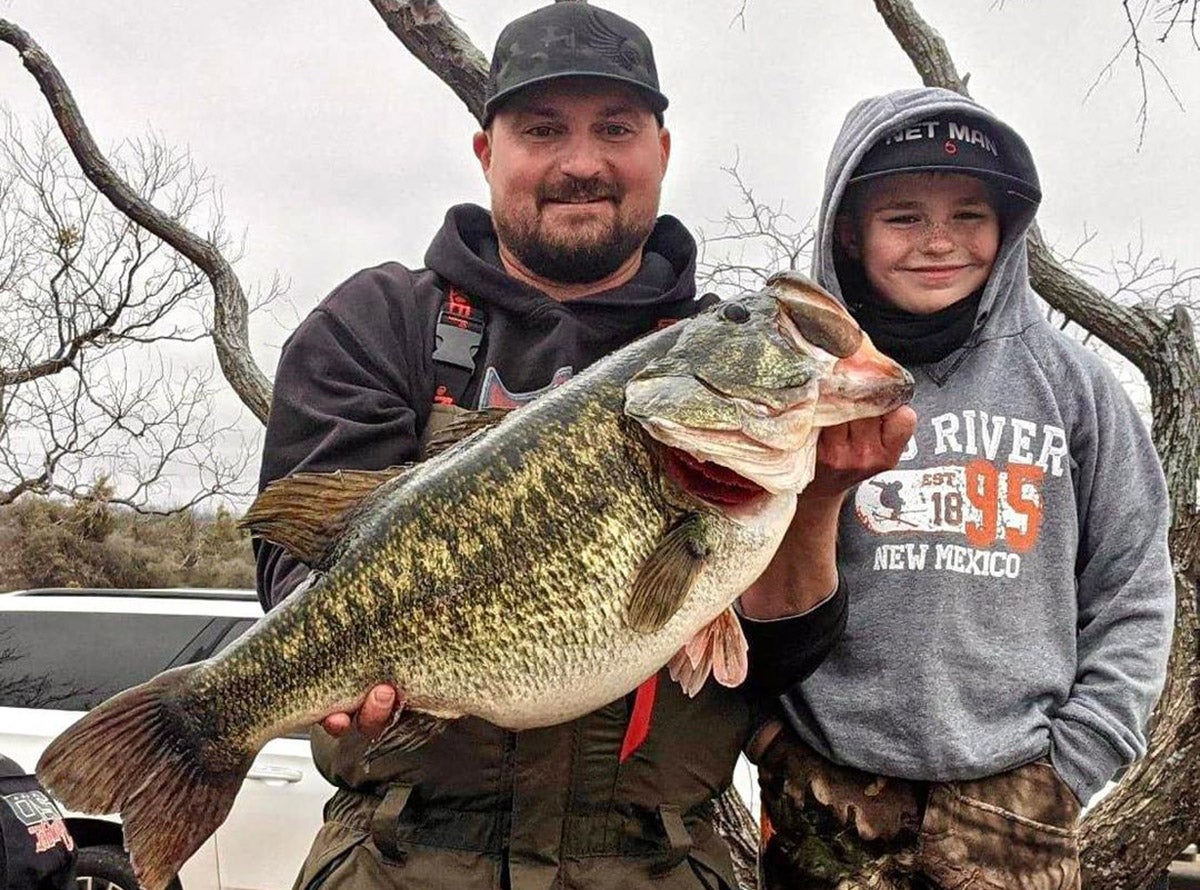 A report from the Texas Parks and Wildlife Department states that from now into July, TPWD will stock Texas lakes with pure Florida-strain largemouth bass exclusively from broodfish spawned from bass weighing 13-pounds or greater—now dubbed “Lone Star” bass. This effort is part of the popular Toyota ShareLunker Program and the goal is to grow trophy bass fishing potential in the state.

“Our plan this year is to stock over 50 different water bodies with Lone Star fingerlings all over the state, including some small urban bodies of water,” says Brian Van Zee, statewide stocking coordinator for Texas and the Inland Fisheries Region One Director. “We’re also stocking plenty of Lone Star fingerlings into some of the famed big lakes like Sam Rayburn, Toledo Bend, Lake Fork, and others.”

Van Zee notes that the state always also stocks some of the bass fingerlings from genetically superior Florida-strain bass back into the lake where fish were collected. The state almost always releases a big brood fish back into the lakes where they were caught after being stripped of roe for hatchery use. Often brood fish are released with the assistance of the angler who donated them to the state for hatchery work. Watch the video below for an example of this.

Texas has been stocking its lakes with pure Florida-strain bass for years. But finally, enough 13-pound and larger bass have been caught and used for hatchery work that 6-to-8-million genetically-superior bass fingerlings will be used almost exclusively in the program. The future for catching giant bass in Texas is as bright as it’s ever been, according to Van Zee.

“Looking out three, five, 10 years, the possibilities of catching giant Texas bass as a result of this program are really exciting,” says Van Zee.

In recent years the ShareLunker program aggressively worked with state anglers to receive on loan, giant spring bass Texas fishermen had caught. The anglers deliver live roe-laden bass to TPWD staff. Biologists keep the bass alive, strip them of roe, hatch the eggs, and grow them to fingerlings. The results have been impressive.

ShareLunker program staff point to the 17.06-pound bass donated to the program in late February this year. It was caught by angler Brodey Davis, who was fishing Lake O.H. Ivie and is one of the biggest bass ever caught in Texas.

“This year has been incredible on Possum Kingdom Lake for big bass, and I believe it’s because the lake had been stocked with fingerlings from the ShareLunker program,” says Ben Yeager, a TPWD fisheries technician in the Wichita Falls office. “We’ve had three 13-pound bass caught from Possum this year, and those fish were all donated for use in our hatchery, then released back into the lake.”

Yeager says those huge fish are the biggest bass caught from Possum Kingdom since the 1990s, and he believes the ShareLunker program is the reason anglers are catching such huge bass there.

Biologists believe, and with ample scientific evidence in their corner, that pure-strain Florida bass grow fast, and huge, resulting in Texas being among the top states in America for producing bass over 10 pounds, with many fish weighing 13 pounds or more getting caught each year. 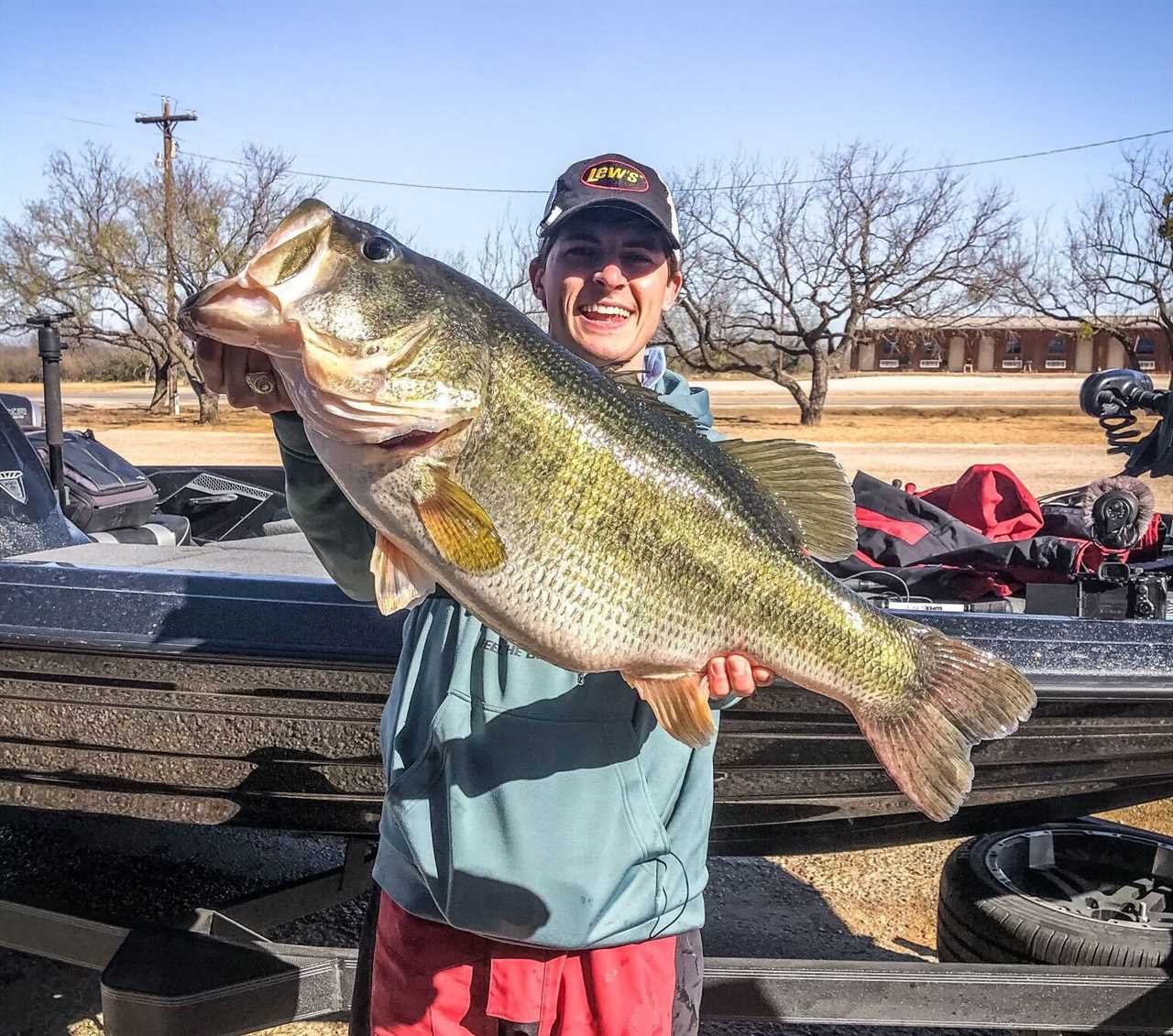 Tyler Anderson’s massive Texas bass was used in the ShareLunker program and then released back into the lake where it was caught. Tyler Anderson

“We’re excited to reach the goal of converting our Florida strain largemouth bass hatchery broodfish to all be offspring of Legacy-class fish,” said Craig Bonds, Director of Inland Fisheries. “Since the ShareLunker program’s inception, we’ve stocked offspring from successful spawns of donated fish, but fully incorporating a portion of those offspring into our hatchery broodfish dramatically increases the number of ShareLunker descendants being stocked throughout Texas waters. This is a potential game-changer in elevating largemouth bass fisheries management to the next level.”

In 1974 TPWD began using pure Florida strain largemouth as broodfish for stocking Texas’ public waters. The program was successful and allowed the state record for largemouth bass to increase from approximately 13.5 pounds to 18.18 pounds by 1992, according to TPWD.

For many years about 1.2 million fingerlings from ShareLunkers have been stocked back into lakes that produced more ShareLunker catches. Now TPWD is able to stock 6 to 8 million fingerlings across the state each year spawned from bass weighing 13 pounds or better. Toyota is a longtime supporter of TPWD, providing major funding for a wide variety of fisheries, state parks, and wildlife projects.

Read More
Did you miss our previous article...
https://playeverysport.com/recreational-sports/how-in-the-hell-do-you-miss-a-turkey
geneticallysuperiorlonestar