Bowhunter Tags a 200-Inch Buck in the St. Louis Suburbs After 5 Years of Hunting Him

Brian Gailis hunted his great 200-inch buck for 5 years before finally taking him down.St. Louis and its surrounding suburbs line the shores of the.. 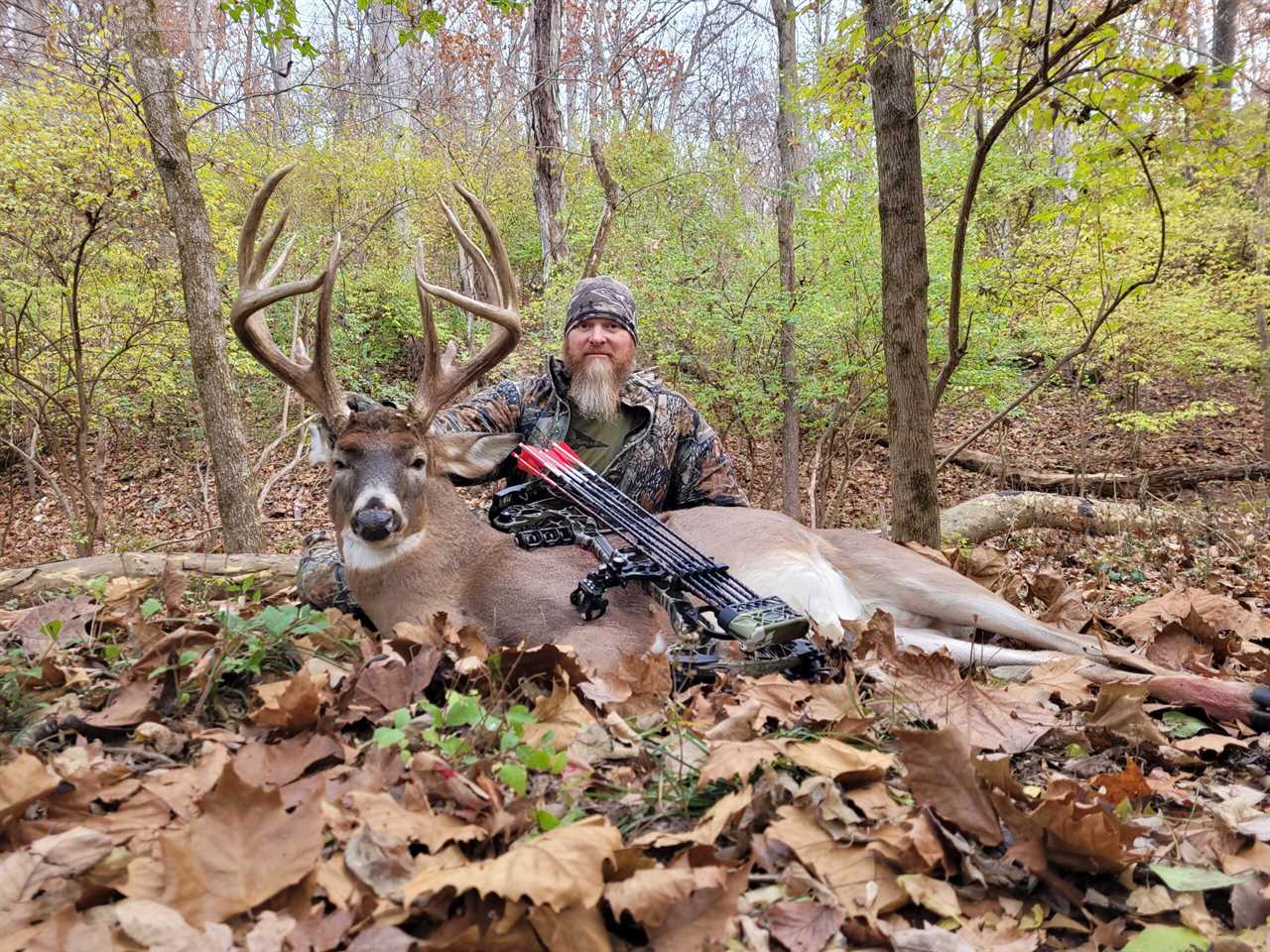 Brian Gailis hunted his great 200-inch buck for 5 years before finally taking him down.

St. Louis and its surrounding suburbs line the shores of the Mississippi, Missouri, and Illinois rivers, and this confluence makes for some of the most fertile ground anywhere in the country. That ground grows some huge whitetail bucks. This is where retired police officer Brian Gailis, 53, hunts, combing the white oak ridges and tangled river bottoms, which are major travel corridors for rutting bucks.

Over the years, Gailis got trail camera photos of the buck and found several of its shed antlers. The buck was growing even larger each year. At 3:30 a.m. on Nov. 24, Gailis’ alarm clock went off and he almost rolled over to go back sleep. He’d been bowhunting for days without luck.

“But my wife Tracy said to check the moon chart to learn if it was supposed to be a good morning, and it was,” says Gailis. “So I got out of bed and climbed to my treestand at 6 a.m. The moon chart said deer would be moving early, and they were. Almost immediately after I settled into the stand I heard deer moving around through oak leaves.” Gailis saw deer as soon as it was light, so he picked up a Primos can call and turned it over twice producing a two doe bleats.

“Right away I heard a deer coming from the ridge above me, and I looked around the tree and spotted the Powerline Buck coming to my tree,” Gailis recalls. “He walked into one of my open shooting lanes and stopped perfectly at 10 yards when I made a soft mouth grunt call.”

Gailis drew his bow and shot. The buck took off, but stopped at 25 yards and stood there for 20 seconds, says Gailis. Then he stumbled, took two steps, and disappeared into thick tangles of cover. Gailis waited 45 minutes, then climbed down to trail the deer.

“Once I got down below the tree canopy I saw him laying dead just 30 yards away,” Gailis states. Gailis’ friend Robert Poole and his son Jackson helped him retrieve the buck. 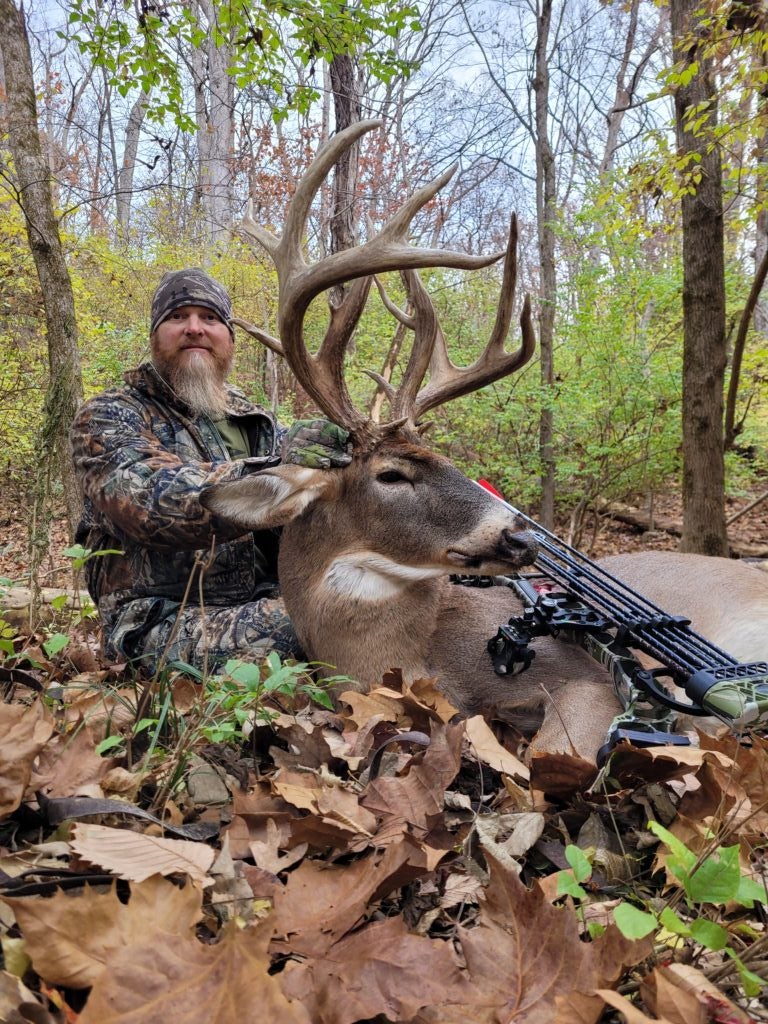 The huge non-typical will score over 200 inches.

The 8.5-year old buck had a field-dressed weight of 235 pounds, with a 290-pound estimated live weight. According to an official Boone & Crockett scorer, the buck has 17 scoreable points and a non-typical green score of 202 1/8.

“It was a long five years getting this buck,” says Gailis. “My wife Tracy loves telling me if it wasn’t for her prodding me that morning to check the moon chart I never would have got out of bed and got him within bow range. And, of course, she’s right.”

The post Bowhunter Tags a 200-Inch Buck in the St. Louis Suburbs After 5 Years of Hunting Him appeared first on Outdoor Life.

Read More
Did you miss our previous article...
https://playeverysport.com/recreational-sports/aea-zeus-review-the-most-powerful-air-rifle
itwasthest