|| Kyle HiltaonI MOVED TO Bozeman, Montana, in the summer of 2010. I was just one of many out-of-staters resettling here, one.. 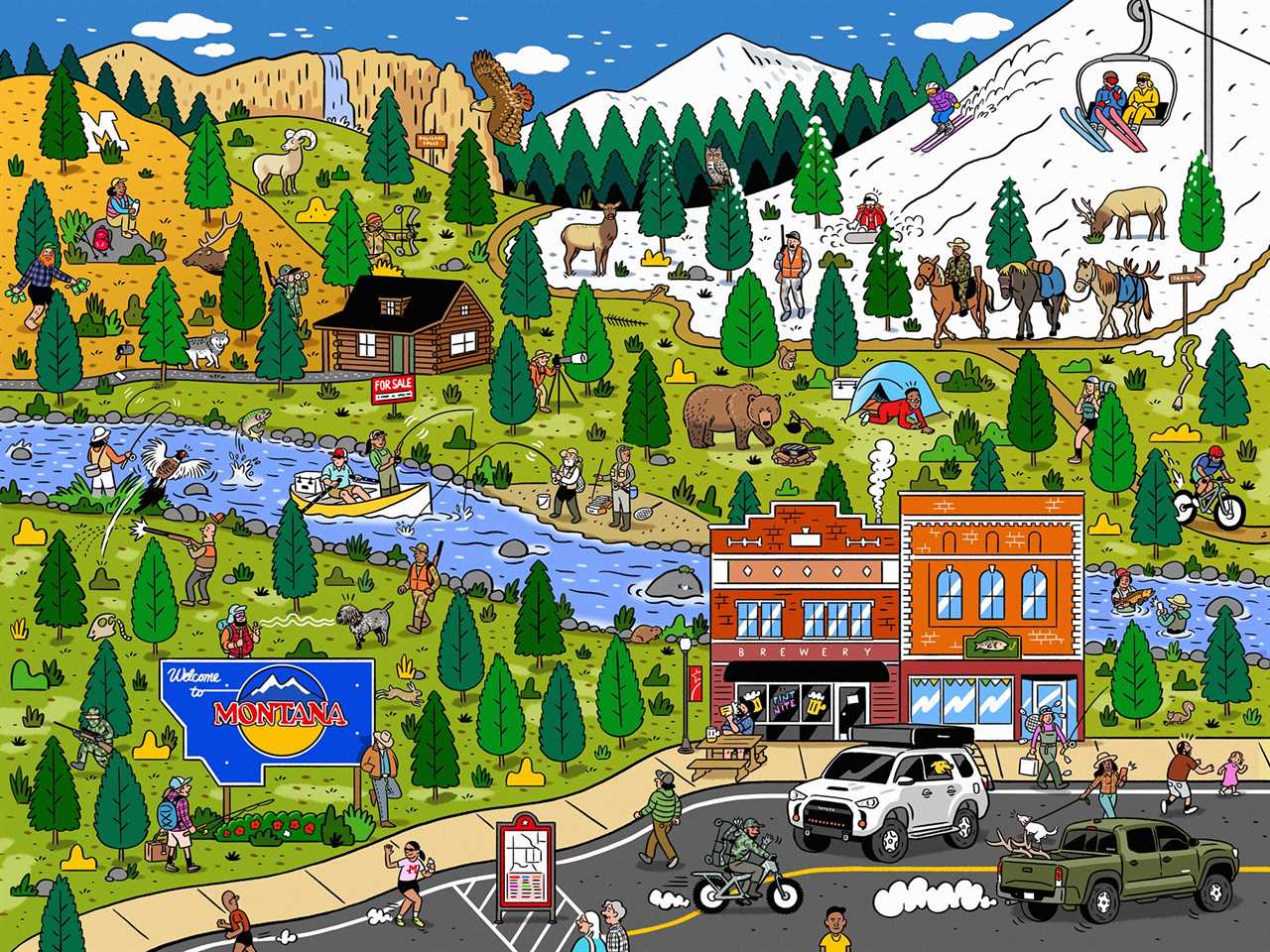 I MOVED TO Bozeman, Montana, in the summer of 2010. I was just one of many out-of-staters resettling here, one hunter in an influx that’s gained steam ever since. When I arrived, many local friends—themselves transplants for the most part—suggested I shut the door behind me. Clearly that didn’t happen. Bozeman’s population grew by 43 percent between 2010 and 2020 and has continued to grow during the pandemic. (Strangely, one friend insisted I was too redneck for Montana, an accusation I’ve never been able to wrap my head around.)

I chose this beautiful mountain town because it satisfied the checklist I’d made for myself and my family. I wanted a college town with strong schools. A quality airport close by. A state with good gun laws and shooting ranges. I wanted a ski town. And I wanted access to great public hunting and fishing. Bozeman has all this, and more, in spades.

That’s also why Bozeman has established itself as the hottest town in the fishing and hunting world. Just look at the companies that call Bozeman home. Some predate my move, but many arrived after I did: Sitka, Blackhawk, Stone Glacier, Duckworth, Simms Fishing, Mystery Ranch, Schnee’s, Kenetrek, RO Driftboats, and plenty of others.

To hear tell, this human migration has ruined Bozeman, distending the town’s population well beyond carrying capacity. One consequence is that the pressure on our public fishing and hunting has spiked, degrading the lands in and around Gallatin County and leading to a tsunami of unwelcome flat-brim bros washing up at the trailheads and boat launches in the most distant recesses of the Treasure State.

I can sympathize with this perspective—to a point. Nobody likes seeing their favorite spots cluttered with pickups, 4Runners, and pesky Subarus. To say nothing of the monstrously garish overlanding rigs that are in vogue.

But how bad is it, really? Some of the complaints come across as barroom grumbling. Longtime Montanans mutter into their beers that they can’t venture into elk country without getting poked in the eye by the tip of some dude’s waxed mustache.

If your goal is to hunt or fish the “best” spots, I can guarantee you aren’t the only one who knows about them. People are the easiest and most predictable animal to pattern.

For my part, I adjust my expectations by location. If I’m floating the Madison, Missouri, Yellowstone, or Bighorn, I know I’ll be enjoying the scenery with other anglers. Likewise, if I head to the Snowcrests during elk season, there are going to be a bunch of rigs with Montana plates—not to mention the out-of-staters who flock here hoping to bugle in a bull.

When I was younger, situations like these upset me: seeing a boat anchored in one of my favorite runs, or finding a hunter posted up in a drainage I’d just spent two hours slogging through the snow to reach. But I’ve learned that just because someone beat me to “my” spot doesn’t mean I won’t catch a fish or punch a tag.

A couple years back, I was elk hunting with a buddy on national forest ground when we came upon a hunter standing sentry over a bowl that we knew contained critters. He didn’t see us, and we backed out of his spot. We knew there was still game in that country and that all we had to do was keep at it. So instead of glassing where we’d planned, we worked our way 300 yards deeper into the mountains. We found a small herd feeding in a bowl tucked out of sight. My friend ended up tagging a really nice bull. When his shot rang out, the other guy must have wondered what the hell had just happened.

I approach encounters with other anglers with a similar perspective. Just because trout in a run have seen some other person’s fly (or many other folks’ many flies) doesn’t mean I can’t get them to bite. In fact, I delight in pulling fish from a pool that others just hit. That’s its own kind of satisfaction.

And if solitude is what I’m after, I’ve never had a hard time finding it on public lands and waters. I’m still amazed at how easy it is to get lost in Montana. If your goal is to hunt or fish the “best” spots, I can guarantee you aren’t the only one who knows about them. People are the easiest and most predictable animal to pattern.

It’s easy to empathize with new arrivals because I was one once. I felt the same urge to escape the coasts. I’ve lived on both, several times; at last count I have made 11 one-way trips across the U.S. with my worldly possessions in tow. It took me a few decades, but I finally landed in the part of the country where I belong. I imagine mule deer have that same settled feeling of rightness when they arrive at their wintering spots after migrating down from the high country.

The truth is—with the exception of Native Americans—all of us migrated here fairly recently. My time in Montana can be measured in years. For the most diehard locals, theirs can be reduced to a handful of generations—perhaps four or five at most.

Will I be singing a different tune in another 10 years? Maybe. Is it genuinely upsetting to see farmland bulldozed to make way for yet another subdivision? Certainly. And I know that’s Bozeman’s future.

And yet. Even today I’m able to fish by myself—right within the city limits—and get away from Instagramming hipsters and crusty fourth-generation Montanans alike, with nothing but the sound of water running over rocks and the occasional splashing strike of a trout to fill my senses. As long as that opportunity and others like it are there for the taking, I can only get so mad when another newly minted resident arrives on the scene.

As long, that is, as they abide by the sign posted in one of my favorite Bozeman dives: “Welcome to Montana: Remember you’re a refugee, not a missionary.”

The post Can You Blame Hunters for Wanting to Move to Montana? Locals Do appeared first on Outdoor Life.

By: John B. Snow
Title: Can You Blame Hunters for Wanting to Move to Montana? Locals Do
Sourced From: www.outdoorlife.com/hunting/hunters-moving-to-montana/
Published Date: Wed, 30 Nov 2022 15:57:12 +0000

Read More
Did you miss our previous article...
https://playeverysport.com/recreational-sports/best-fly-reels-for-trout-saltwater-big-game-and-more
bigcitiesyoulive