Filippo Ganna has set a date for his Hour Record attempt 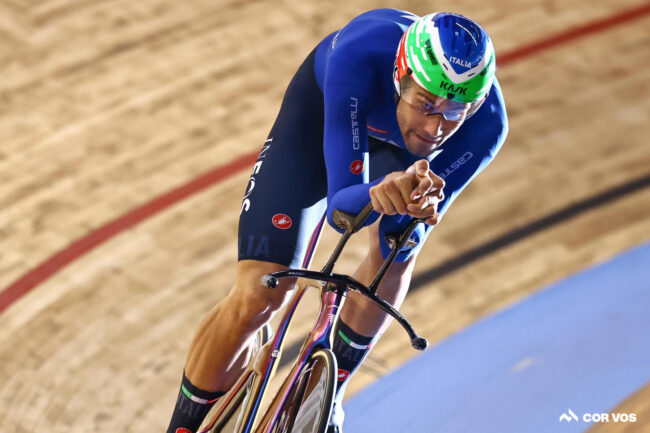 Filippo Ganna has set a date for his Hour Record attempt

After months of speculation and expectation, Filippo Ganna has set a date for an hour record attempt in August this year.

La Gazzetta dello Sport has reported that the world time trial champion will take on the challenge at the Velodrome Suisse in Grenchen, where Ellen van Dijk is set to take on the Hour on Monday, with August 23-24 set aside for the Italian.

Ganna is currently training at altitude with his Ineos Grenadiers teammates on Mount Teide, Tenerife. He will race the Critérium du Dauphiné (June 5-12), and then return to Italy for the national championships before heading to Denmark for the start of the Tour de France on July 1.

This year’s Danish Grand Départ is a major goal for Ganna, who will make his Tour debut in the rainbow bands on the 13 km ITT in Copenhagen. Needless to say, he will be a top favourite to take the first yellow jersey of the race and of his career.

Assuming he finishes the Tour de France – he’ll also have at least half an eye on stage 20’s 40 km ITT to Rocamadour – he’ll have a month to recover and prepare for his World Hour Record attempt in late August.

The current record is held by Belgian time trial specialist Victor Campenaerts (Lotto Soudal), who broke Bradley Wiggins’ 2015 record with a distance of 55.089 km at the popular Aguascalientes Bicentenary Velodrome, Mexico – located at an altitude of 1800 metres – in April 2019.

Campenaerts himself has tipped Ganna to obliterate what he chalked up.

“It wouldn’t surprise me if he did around 57.5 km,” Campenaerts said after Alex Dowsett’s failed attempt last December, the Brit’s second after briefly holding the record in 2015. “The pity then is that it will be the last World Hour Record for many decades. Nobody will want to try it again.”

The date of Ganna’s attempt comes little more than a year after he secured Olympic Team Pursuit gold and a world record with his Italian teammates in Tokyo last summer. That was just the tip of the iceberg on a hugely successful career against the clock for the 25-year-old, which includes a bucket full of world and European titles on both the track and road.

Few would bet against him beating the hour record, the only question is by how much.