|| Courtesy of Tim TrahanTim Trahan of Arcadia, Louisiana, was fishing his neighbor’s pond when he hooked a better-than-average.. 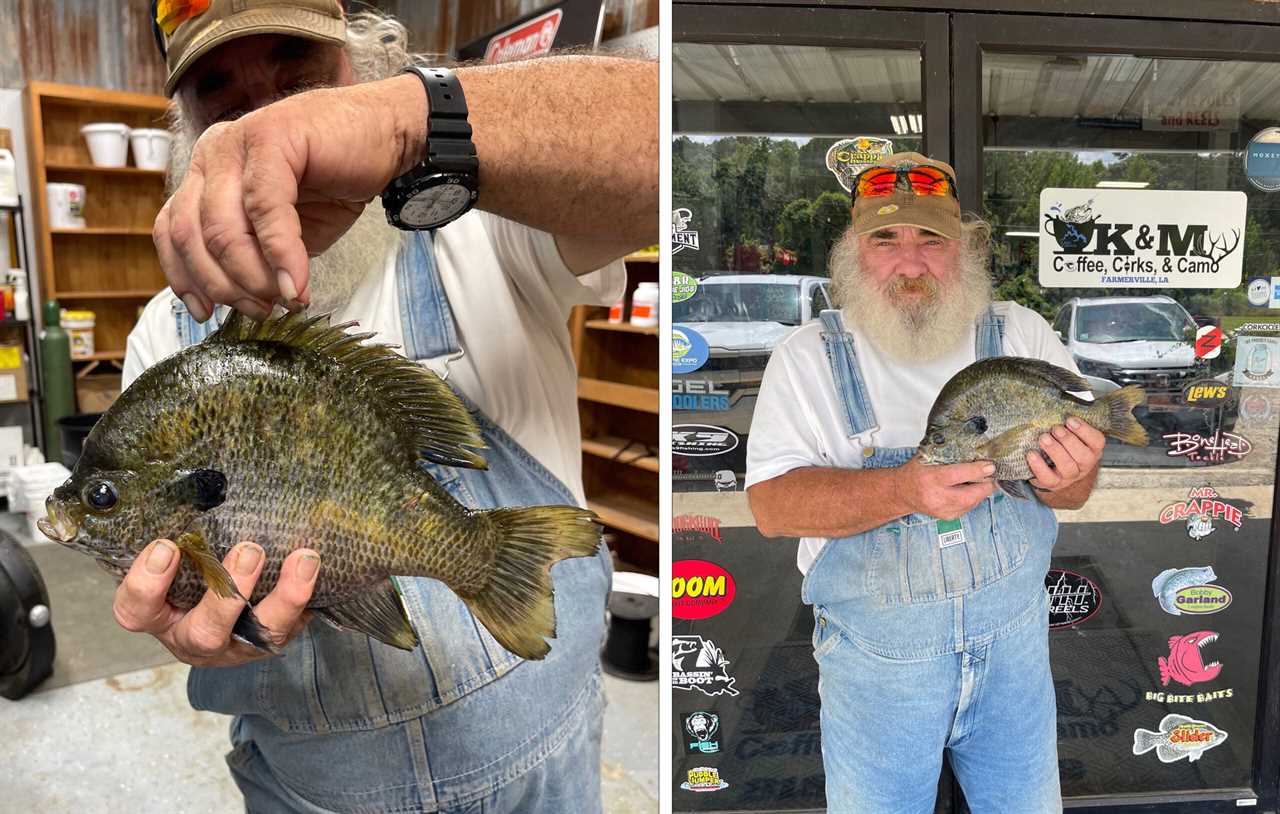 Tim Trahan of Arcadia, Louisiana, was fishing his neighbor’s pond when he hooked a better-than-average freshwater panfish. The 65-year-old had no idea what he’d hooked until he landed the oversized fish.

“Actually, I was amazed by the size of it,” Trahan, a retired welder, told the Houma Courier. “I thought I was back at home fishing for [saltwater] sheephead.”

Trahan is a native of Houma, on the coast in South Louisiana, where marine sheepshead are bream-like in shape, but much larger and stronger than the average freshwater sunfish. Now he lives east of Shreveport, where he chiefly fishes freshwater for bream and other species.

Bluegills and other bream commonly weigh just 6 to 12 ounces, and a 1-pound fish is considered huge. But Trahan’s catch officially weighed 2.24 pounds on certified scales at K&M Coffee, Corks and Camo in Farmerville.

“It was huge, the only question was if it was a true bluegill or if it was a hybrid,” said K&M owner Marcy Kavanaugh. 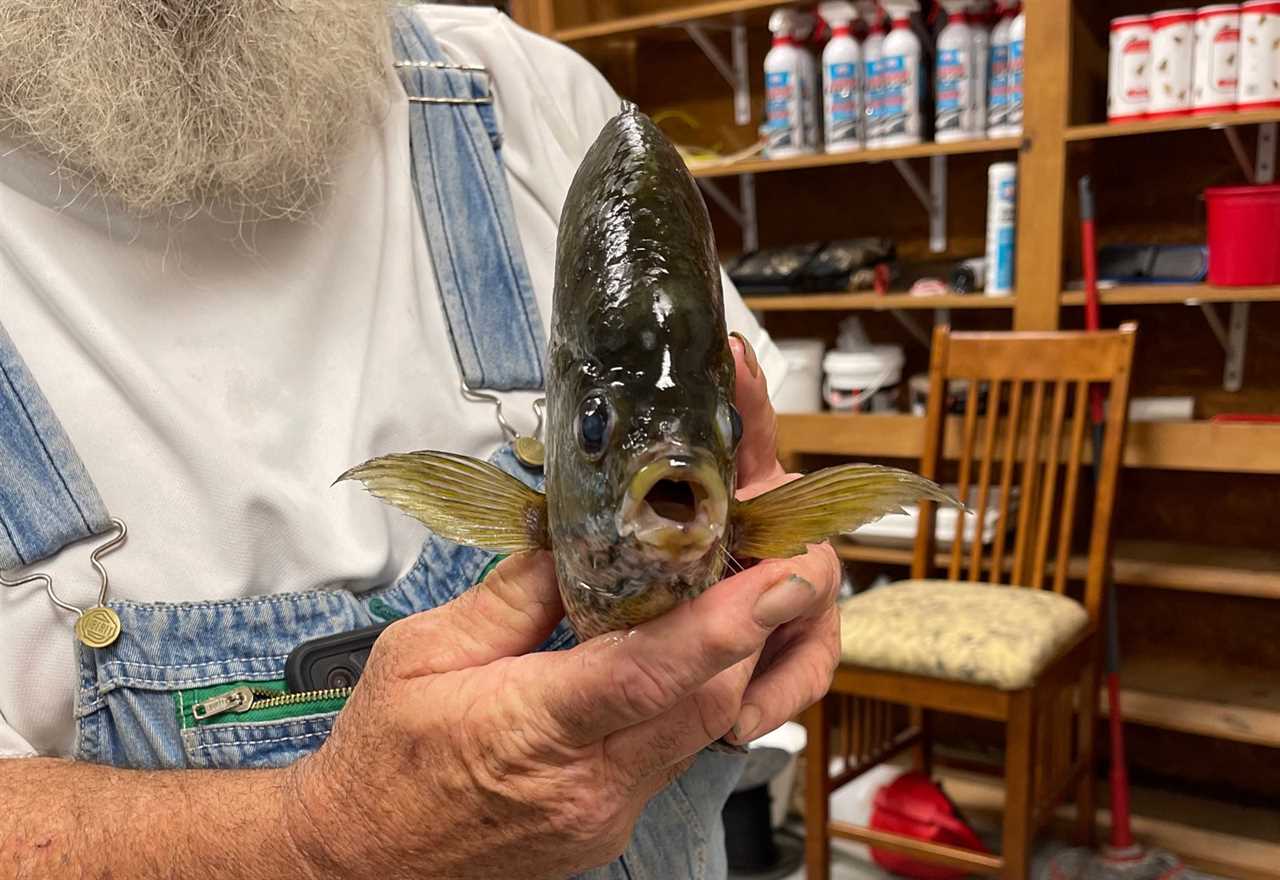 Since the catch, the Louisiana Department of Wildlife and Fisheries reportedly confirmed Trahan’s catch is a bluegill—not some type of hybrid sunfish. They also have confirmed that the fish is the new state record bluegill. The months-long confirmation process is not unusual given that the LDWF works with the Louisiana Outdoor Writers Association to certify state fishing record.

Trahan’s fish surpasses the previous Louisiana record bluegill of 1.83-pounds, caught by Timothy Delaney in May 2016 from Lake Iatt.

Trahan tried weighing his buster bluegill on several different scales with varying results. He finally waited for a state wildlife officer to show at K&M Coffee to witness and certify his fish’s weight. Once the official weighing was made, and submitted through proper channels for state certification, his catch made the Louisiana record book. 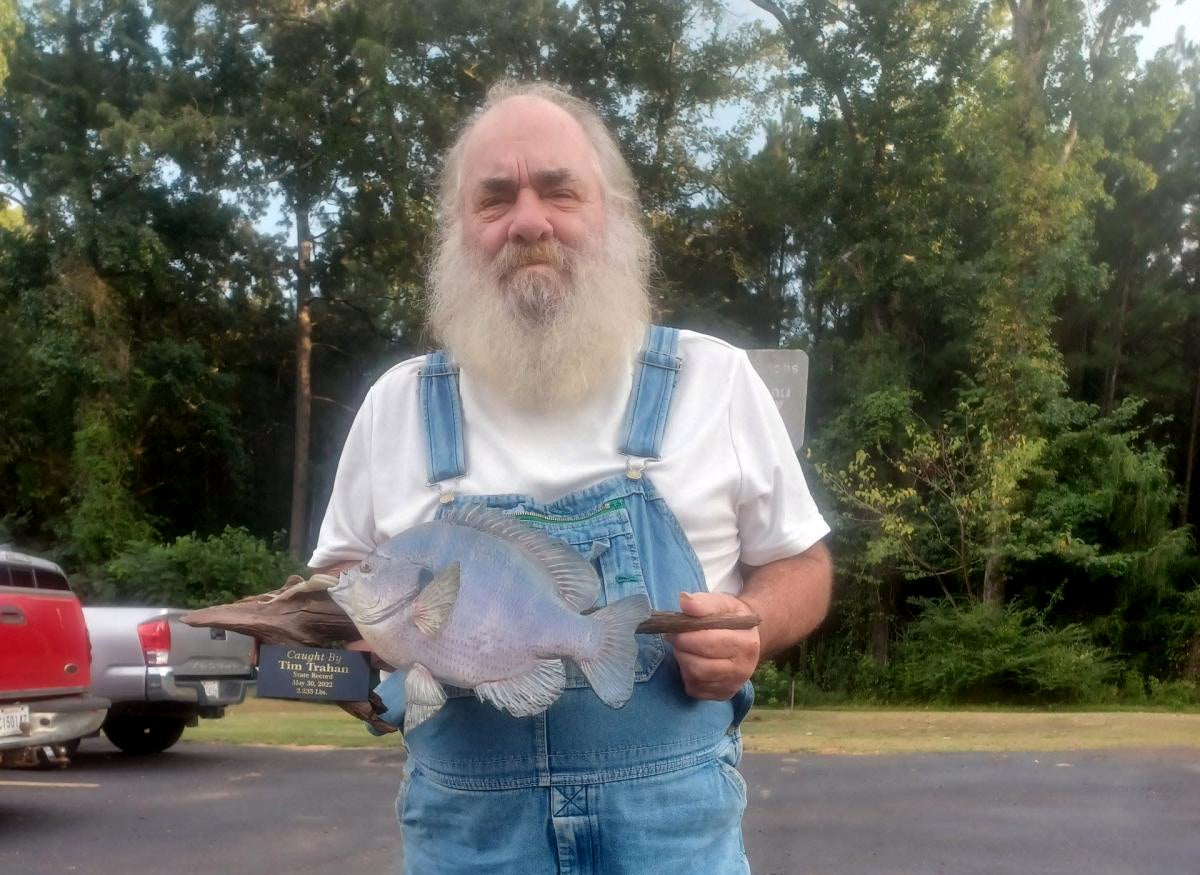 Trahan with his mounted state-record bluegill. Courtesy of Tim Trahan

He has mounted the oversize fish and is delighted with the way things have turned out about his catch.

“It’s all good. Wonderful,” he says. “I’m not any different from what I was the day before. It just makes me feel good to accomplish something like that.”