|| We may earn revenue from the products available on this page and participate in affiliate programs. Learn More ›Black Friday is .. 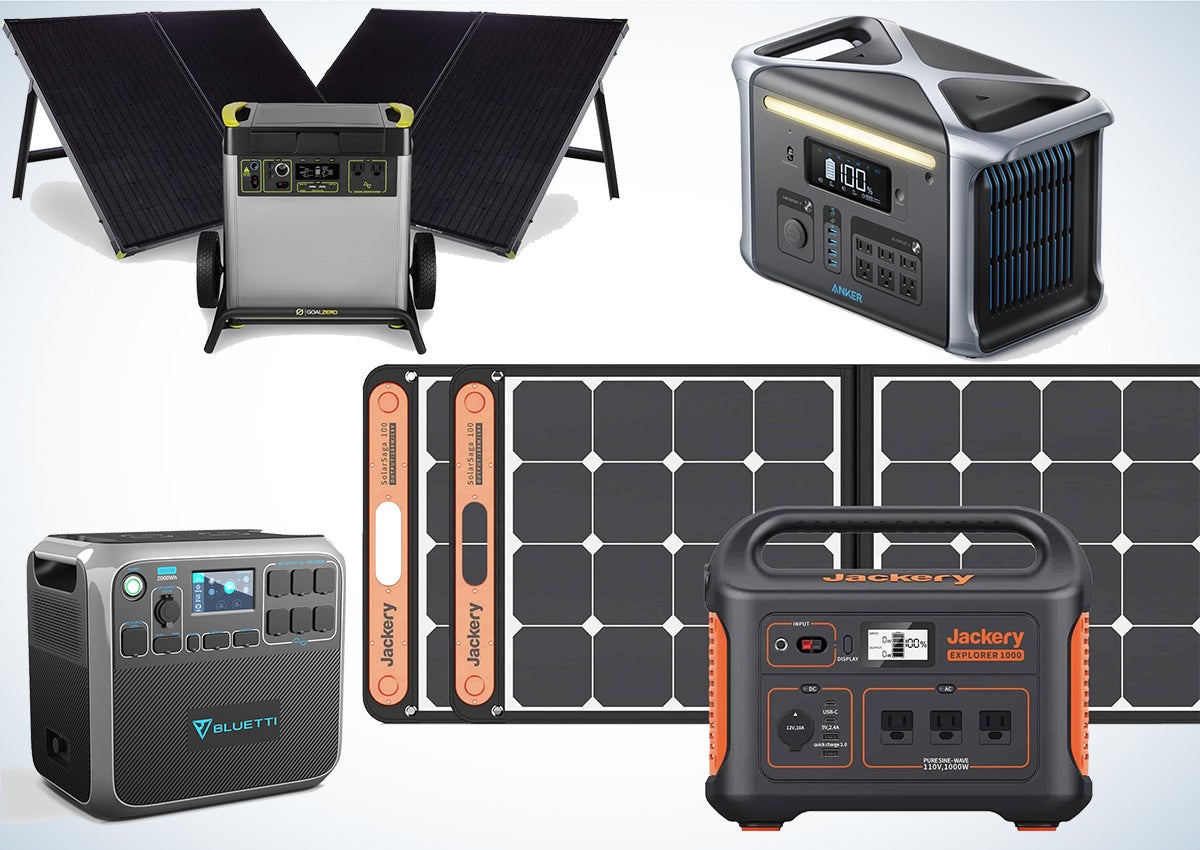 We may earn revenue from the products available on this page and participate in affiliate programs. Learn More ›

Black Friday is almost here, and there are already countless deals to be had on some of the top solar generators on the market today from the likes of Jackery, Anker, Bluetti, and more. We’ve rounded up some of the best deals out there, in part based on our testing of solar generator units, to help you make the best choice for your family and adventures. Check back through cyber Monday for updates on savings as deals continue to evolve.

If you’ve been waiting to pull the trigger on a serious solar generator kit to provide backup emergency power for your home: Goal Zero has the Black Friday deals you want. Get over $2000 off a 10800Wh home backup solar generator (that’s 3.5 days of power before you get to the 600 watts of incoming solar power) or 20% off a Yeti 6000X and two Boulder 200 solar panels.

The Anker 625 is one of the best 100-watt solar panels on the market, and here it’s paired with Anker’s most powerful powerstations (at least for now) for $300 off the Anker 757 Solar Generator.

The EcoFlow Delta Pro Solar Generator is $1900 off when you pair it with three 400-watt solar panels—one of the best savings we found on a 3000Wh setup.

Just looking to charge your phone during a power outage? The Solar Panel 5+ and Solar Panel 10+ was one of our favorite solar panels for camping due its ability to hold a charge for months and recharge again using the power of the sun (unlike other so-called solar chargers).

The Jackery Explorer 2000 has enough juice for just about anything in your home (120 volts and 2200 watts through the AC port), and is on sale for 20% off this Black Friday. (If that’s too much juice for you, you can also snag the smaller Explorer 500 for 15% off)

Goal Zero has deals on tons of powerstations in their lineup, from the Yeti 200X all the way up to the 10800Wh Home Backup System.

Bluetti also has deals on their wide range of powerstation options; we’re most impressed by this 2000Wh powerstation on sale for only $1200.

Meanwhile, Anker’s new 767—RVers keeping an eye out for this alternative to gas-powered generators, this one has the plug you’ve been looking—isn’t on sale yet, but you can snag a $400 pre-order discount.

One of the top-performing solar panels in our tests of the best solar generators was the Jackery SolarSaga 200W, which is 20% off for Black Friday—an even better deal if you’re looking to buy two (or four). If you need a bit less juice, the SolarSaga 100W is 30% off.

Q: What is Black Friday?

Black Friday is a consumer holiday that takes place the day after Thanksgiving. On Black Friday retailers provide deep discounts on goods for holiday shoppers. The sales typically begin on midnight and extend throughout the day. Traditionally these sales were only available at brick-and-mortar stores, but more retailers now have online Black Friday deals in addition to their Cyber Monday deals.

Q: When is Black Friday?

Q: Is Black Friday a good time to purchase a solar generator?

Black Friday is a good time to purchase a solar generator. Solar generators are expensive, so finding a great deal on one can save you a lot of money. Also, winter, when daylight ends early and temperatures drop, is one of the times of year when having a solar generator can come in handy.