|| They released the carp back into the water after weighing it. RidgeMonkey / YouTubeCallum Pettit is the new junior angler world .. 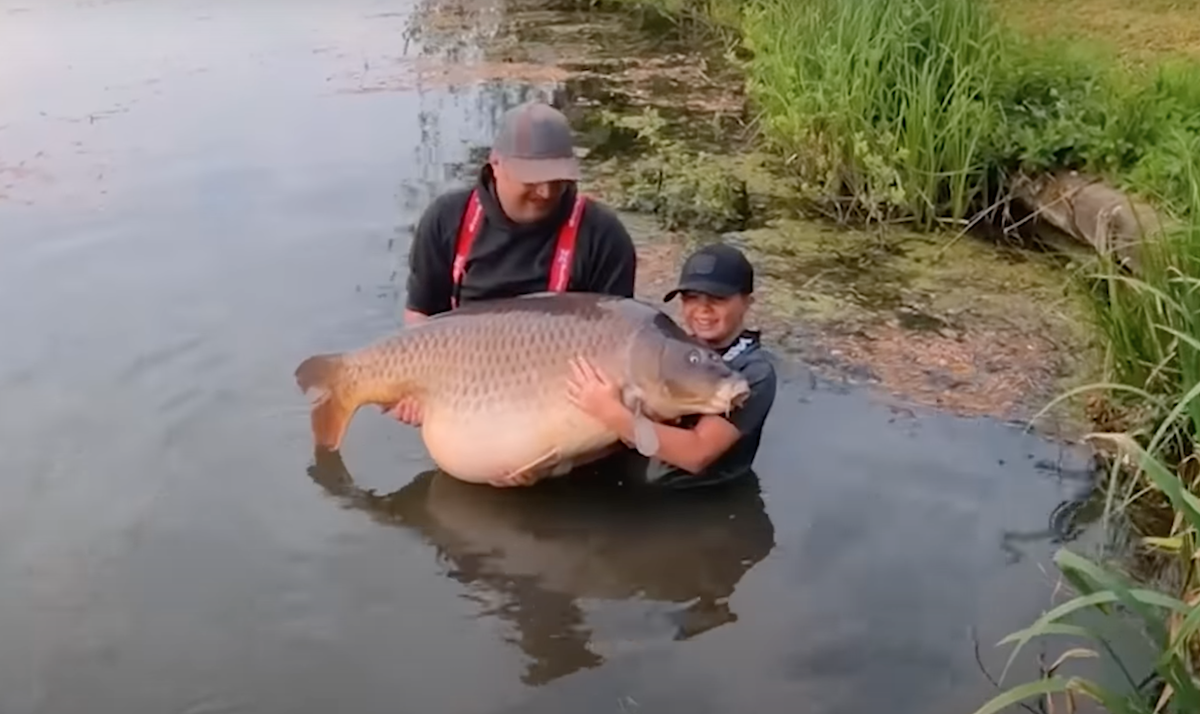 They released the carp back into the water after weighing it. RidgeMonkey / YouTube

Callum Pettit is the new junior angler world record holder for carp. Pettit, 11, caught a common carp that weighed in at an amazing 96 pounds, 10 ounces. The fish was just four pounds lighter than he is.

Don’t get hung up on the junior angler thing. This is massive fish regardless of the angler’s age. For reference, the adult common carp record is 101 pounds, 6 ounces, according to Daily Mail. In other words, Pettis was only a few pounds from beating the all-time world record.

His catch is twice the size of his father’s personal best catch. His father, Stuart Pettit, has been angling for 30 years. ‘It is a once-in-a-lifetime fish and Callum has caught it aged 11. Where does he go from here?” said Stuart. “He would have more of a chance of winning the lottery than catching a bigger carp than that.” A video of the catch was posted to the RidgeMonkey YouTube page.

It took Callum 20 minutes to reel in the carp, which he hooked while on a fishing trip in Reims, France. Neither angler realized how big the fish was because of the murky water until it was close. Stuart lifted the fish into the net and when he did, he realized how big the fish actually was. ‘We didn’t have any idea of the size of it until we got it into the net and even then we thought it could have been a 60-pound or 70-pound fish.”

“I couldn’t believe how big it was and my arms were really aching afterwards,” Callum said. The owner of the fishery knew the massive fish was out there. It was nicknamed Big Girl. As you can see in the video, Callum and his dad released the fish back into the water.

Read Next: Three Fishermen Fined Thousands of Dollars for Keeping Too Many Carp

Carp are often looked down upon by American anglers and considered trash fish. Common carp are also non-natives in many American waters. Spearfishers recently shot thousands of pounds of carp from Lake Powell in a spearfishing tournament. But in Europe, carp are treated as serious gamefish. They’re targeted with specialized tackle and handled carefully (the way a veteran muskie angler might treat a trophy fish).

The boy’s biggest catch before this one was a mirror carp that weighed 29 pounds—not a small fish by any means.

“’I don’t think it has really sunk in yet and he hasn’t understood the magnitude of what he has achieved,” said Stuart.