“I do not believe in breaks”: Ravi Shastri not in favor of giving Dravid & co rest for NZ series 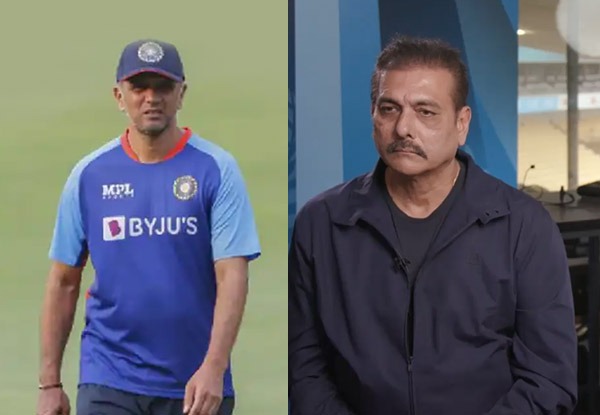 Xtra Time Web Desk: Former Team India Head Coach Ravi Shastri is known for not mincing his words. Shastri is not in favor of giving Rahul Dravid led support staffs a break for the upcoming white ball series against New Zealand. Dravid and co was given a break now after India’s T20 World Cup campaign came to an end following a loss to England in the semi-final.

National Cricket Academy (NCA) Director VVS Laxman has been entrusted with the duties of coaching the Indian white ball teams.

“I do not believe in breaks,” Shastri said during a virtual press conference on the eve of the first T20I between India and New Zealand in Wellington.

Shastri added, “I want to understand my team, I want to understand my players and I want to then, be in control of that team. These breaks… what do you need that many breaks for, to be honest? You get your 2-3 months of the IPL, that’s enough for you to rest as a coach. But other times, I think a coach should be hands-on, whoever he is.”

The post “I do not believe in breaks”: Ravi Shastri not in favor of giving Dravid & co rest for NZ series first appeared on XtraTime | To get the best and exclusive sporting news, keep watching XtraTime.||

By: XtraTime
Title: “I do not believe in breaks”: Ravi Shastri not in favor of giving Dravid & co rest for NZ series
Sourced From: xtratime.in/i-do-not-believe-in-breaks-ravi-shastri-not-in-favor-of-giving-dravid-co-rest-for-nz-series/
Published Date: Thu, 17 Nov 2022 09:09:06 +0000