“I wasn’t hurt”: Shikhar Dhawan on being removed from captaincy during Zimbabwe tour

||Xtra Time Web Desk: Team India’s stand-in captain Shikhar Dhawan on Thursday said he ‘was not hurt’ when he was removed from captaincy during the.. 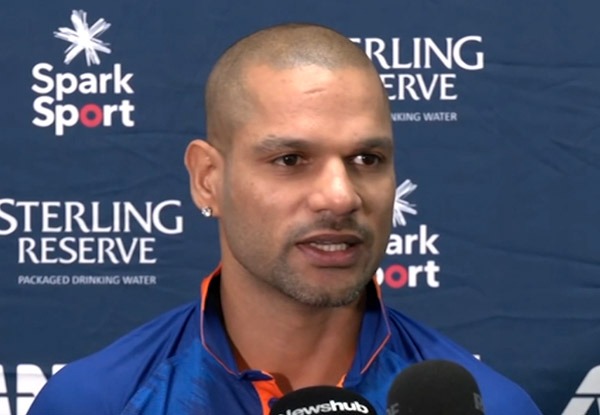 Xtra Time Web Desk: Team India’s stand-in captain Shikhar Dhawan on Thursday said he ‘was not hurt’ when he was removed from captaincy during the tour of Zimbabwe. Dhawan was replaced by KL Rahul.

Dhawan, who usually leads the India ODI team in the absence of Rohit Sharma, was named captain for the three-match ODI tour of Zimbabwe in August this year but was removed from the role by the selection committee once KL Rahul was declared fit and available.

“I wasn’t hurt as I believe certain things are pre-destined and whatever happens is for our own good,” said Dhawan during the pre-match conference in Auckland.

“If you look at it, after Zimbabwe, I again captained against SA at home and the same selection committee handed me the leadership reins. So, I am not at all hurt by what transpired in Zimbabwe. There must be something good hidden somewhere (in God’s design),” the veteran opener said.

“I am very fortunate that at this juncture of my career, I have got a chance to lead India,” Dhawan said.

Dhawan also explained how he rationalised Rahul’s elevation in Zimbabwe and he was kept as his deputy.

According to Dhawan, “Look in Zimbabwe, KL was made the captain because he is the vice-captain of the main team. And since he was going to Asia Cup (after that series) and in case Rohit got injured over there (in UAE) and Rahul had to captain, it was better that he captained in Zimbabwe and remained ready on leadership front. So, I thought from that perspective that was the right thing to do.”

Here is the press conference of Shikhar Dhawan:

The post “I wasn’t hurt”: Shikhar Dhawan on being removed from captaincy during Zimbabwe tour first appeared on XtraTime | To get the best and exclusive sporting news, keep watching XtraTime.||

By: XtraTime
Title: “I wasn’t hurt”: Shikhar Dhawan on being removed from captaincy during Zimbabwe tour
Sourced From: xtratime.in/i-wasnt-hurt-shikhar-dhawan-on-being-removed-from-captaincy-during-zimbabwe-tour/
Published Date: Thu, 24 Nov 2022 10:31:04 +0000