||Xtra Time Web Desk: BlackCaps batter Martin Guptill is all set for a record 7th T20 World Cup as the 35-year-old is picked in New Zealand’s.. 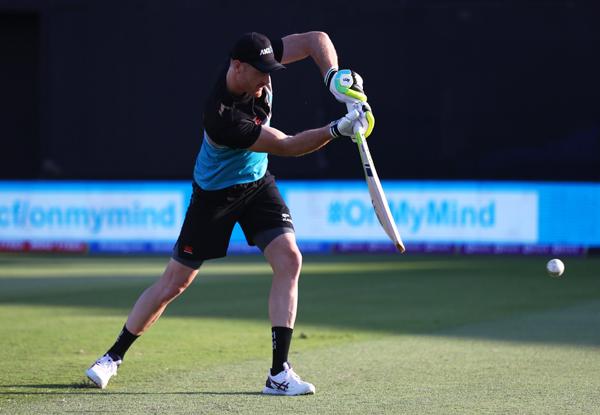 Xtra Time Web Desk: BlackCaps batter Martin Guptill is all set for a record 7th T20 World Cup as the 35-year-old is picked in New Zealand’s 15-member squad for the upcoming T20 World Cup 2022 on Tuesday. Wellington Firebirds duo Finn Allen and Michael Bracewell have been named for their first senior World Cups and are the only new faces from the side that made the final of last year’s event in the UAE.

Paceman Adam Milne has retained his place in the squad, after the 30-year-old was called in to replace Lockie Ferguson (calf injury) early in the tournament last October.

Devon Conway has been named as the front-line wicket-keeper after wearing the gloves in the UAE and the recent series against West Indies.

Of those who featured in last year’s World Cup squad, Kyle Jamieson wasn’t considered as he continues his rehabilitation from a back injury, while Todd Astle and Tim Seifert have missed selection.

The BLACKCAPS T20 World Cup squad will first contest the T20 Tri Series with Pakistan and Bangladesh starting in Christchurch on October 7.

With seven matches across eight days at Hagley Oval, the Tri Series will provide fans their last chance to see the team before they depart for Australia on October 15.

The BLACKCAPS open their T20 World Cup campaign against Australia at the SCG on Saturday October 22, before facing Afghanistan (MCG), England (Gabba) and two qualifiers at the SCG and Adelaide Oval respectively.