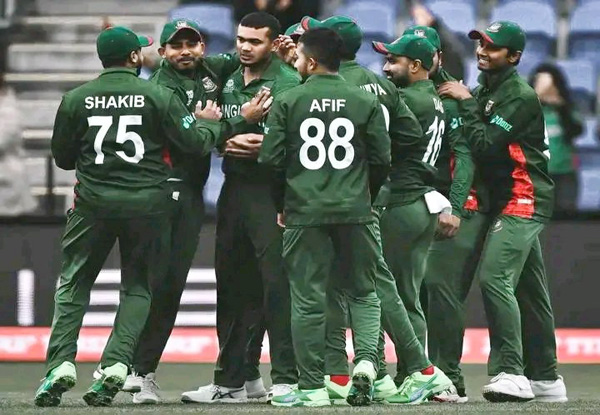 Xtra Time Web Desk: Bangladesh has announced a full-strength squad for the upcoming three match ODI series against India starting from December 4 in Dhaka. Tamim Iqbal will lead the Bangladesh side. Experienced all-rounder Shakib Al Hasan will be back after missing out the ODI leg of the tour to Zimbabwe in July-August earlier this year. Left arm quick Mustafizur Rahman has also been included in the side as well.

The most notable names missing are Mosaddek Hossain, Shoriful Islam and Taijul Islam. Mosaddek’s poor form in the recent T20Is has cost him a place in the ODI squad.

India announced their squad for the ODI series against Bangladesh on 31 October and recently made changes to it after Ravindra Jadeja and youngster Yash Dayal were ruled out due to injuries.

The Indian team led by Rohit Sharma will travel to Bangladesh on 1st December. The Men in Blue are scheduled to play three ODIs and two test matches.

Sher-e-Bangla National Cricket Stadium in Dhaka will host the first two games of the series on December 4 and 7 respectively before the action moves to Zahur Ahmed Chowdhury Stadium in Chattogram for the final ODI.