||Arsenal have been heavily linked with a move for Villarreal winger Yeremy Pino, but only two weeks of the transfer window remains for Edu to get a..

Arsenal have been heavily linked with a move for Villarreal winger Yeremy Pino, but only two weeks of the transfer window remains for Edu to get a deal over the line

Whether the Gunners can bring in another player or two before the September 1 deadline remains to be seen, but it would appear that Mikel Arteta and technical director Edu’s main priority is to trim the first-team squad in the wake of allowing the likes of Alex Runarsson, Lucas Torreira and Pablo Mari leave over the past week.

“We are still willing to finalise the squad in the way we want,” the Spaniard said ahead of the 4-2 win over Leicester City. “Suppose we can add something great. But as well, there are a few players where we still have to find the right game time for them because, at the moment, I think it’s going to be difficult.”

Despite already signing Gabriel Jesus, Oleksandr Zinchenko, Fabio Vieira, Matt Turner and Marquinhos, the Gunners are being tipped to strengthen even further with Youri Tielemans and Yeremy Pino among a host of names being linked with a move to the Emirates Stadium.

The likelihood of Tielemans joining Arsenal appears slim at the moment as football audit understands that the north London outfit are prepared to wait for the Belgium international to run down the final year of his contract with Leicester and sign him on a free transfer next summer.

However, the Gunners could be forced to accelerate plans to sign the 25-year-old before deadline day in less than a fortnight – but only on the condition that other clubs, most notably Manchester United and Newcastle United, suddenly firm up an interest in the midfielder.

Meanwhile, Unai Emery has handed his former club some encouragement regarding a potential £42million deal for Pino: “If an offer arrives for players like Yeremy Pino, then he will have to leave,” the Spaniard told reporters last week. “We have a responsibility with the club. It is what it is.”

With regards to Arsenal’s chances of signing Pino, previous reports in Spain suggested that they could help Villarreal fund a permanent deal for Giovani Lo Celso by launching a £42m offer for the teenager – a bid that Emery has already suggested may have been accepted. 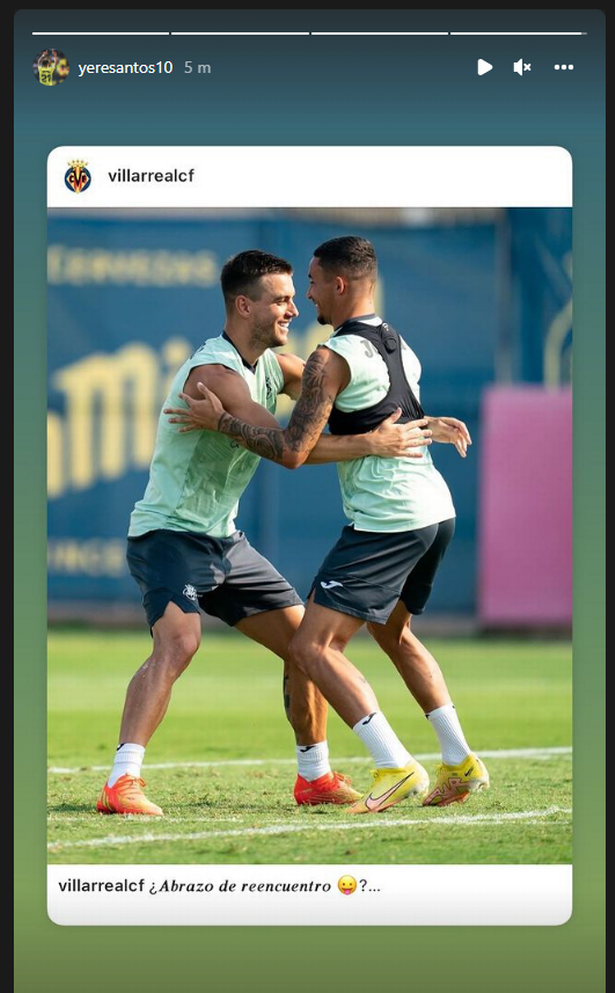 But over the weekend it was announced that the midfielder had rejoined the La Liga side on loan from Tottenham and football.london understands there is a break clause for Spurs in January to end the loan if they receive a bid from another club in the winter transfer window and the player agrees to the move.

As a result, Villarreal may no longer need to sell Pino as they’ve already resigned Lo Celso – albeit temporarily – and this could be a blow for Arsenal especially as the teenager appeared to deliver a positive verdict on the confirmed transfer.

Taking to social media, firstly the winger uploaded an image of himself and the Argentine from a training session to Instagram before reposting the same photo from Villarreal’s official account which had the message: ‘Abrazo de reencuentro’ accompanying it which translates to ‘reunion hug’ in English.

Clearly delighted by the return of Lo Celso, is this a hint that Pino will be playing alongside the Spurs loanee this season thus forcing Edu to change course in his attempts to sign a ‘mystery winger’ to complete Arteta’s first-team squad before deadline day? Of course, time will tell.