||Xtra Time Web Desk: Two stalwarts of Indian cricket Yuvraj Singh and Harbhajan Singh will have stands named after them at the IS Bindra stadium on.. 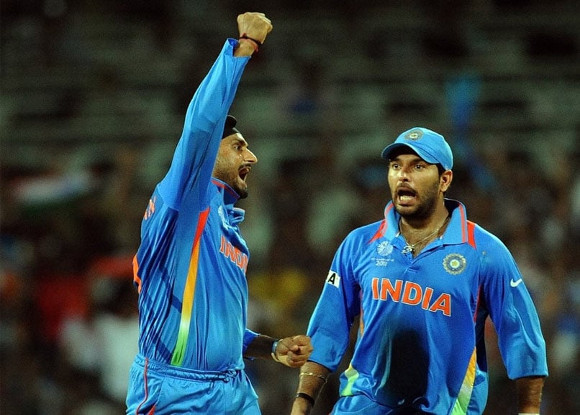 BCCI secretary Jay Shah is also likely to be present on the occasion along with PCA President Gulzar Chahal.

The Terrace Block will be named after Harbhajan Singh — who has represented India in 103 Test, 236 ODI and 28 T20I and picked up a total of 711 wickets in all the three formats. The North Pavilion of the stadium, similarly, has been named after Yuvraj Singh, who played in 40 Test, 304 ODI and 58 T20I matches for India and scored 11,778 runs, besides claiming 148 wickets in all three formats.

Mohali’s international stadium was built in 1994 and is named after former PCA and BCCI official IS Bindra. The venue so far has hosted a total of 14 Test matches, 25 ODI matches and five T20 matches.

The post Yuvraj Singh & Harbhajan Singh to have stands named after them at PCA stadium on Tuesday first appeared on XtraTime | To get the best and exclusive sporting news, keep watching XtraTime.||

By: XtraTime
Title: Yuvraj Singh & Harbhajan Singh to have stands named after them at PCA stadium on Tuesday
Sourced From: xtratime.in/yuvraj-singh-harbhajan-singh-to-have-stands-named-after-them-at-pca-stadium-on-tuesday/
Published Date: Mon, 19 Sep 2022 17:34:36 +0000